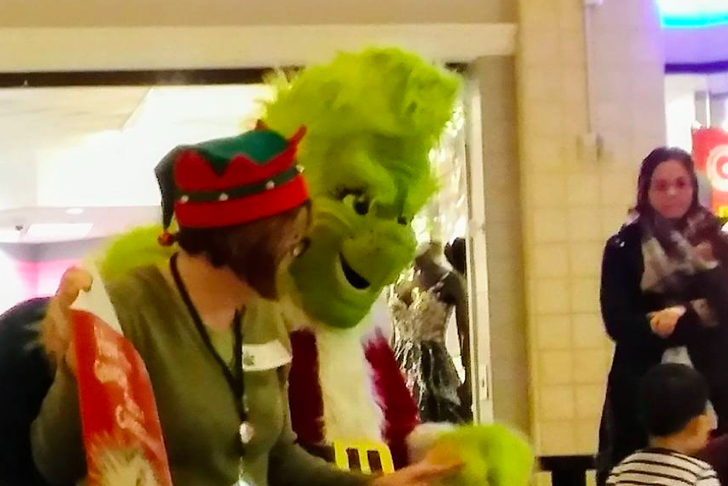 Photo from prior Goodnight Grinch event at Neshaminy Mall on Dec. 8, 2016.

In the world of Dr. Seuss, the Grinch is a greedy, antisocial guy who's supposed to be simultaneously hated and pitied for his shortcomings. Since he's a celebrity antihero of sorts, some people will go out of their way to spend a few minutes with him during the holiday season.

But some are calling Neshaminy Mall the Mean One who temporarily stole $38-$40 from parents whose kids were looking forward to seeing the green grump and Santa Claus on Sunday afternoon.

The planned story time and pet photo event with the Grinch was canceled for reasons the mall hasn't acknowledged, though one upset parent suggested on social media that it fell apart because of another parent's complaint.

Others who paid in advance to attend are not at all happy about it.


On Monday afternoon, the Neshaminy Mall released a statement with a phone number for parents to call and get a refund for the event.

Take it away, Jim.