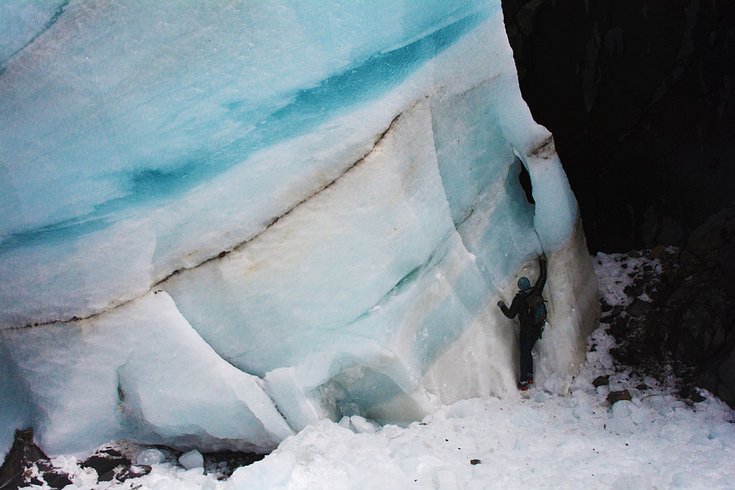 A hiker scrambles near the waterfall at the far end of the Big Four Ice Caves in Washington state.

One person died and three were injured on Monday in the partial collapse of an ice cave in Washington state that U.S. Forest Service officials had warned was too dangerous for exploration due to unseasonably warm weather.

A spokeswoman from the Snohomish County Sheriff's Office said the three injured people were airlifted from the Big Four Ice Caves near Granite Falls, 40 miles north of Seattle, to nearby hospitals with serious injuries.

The person who died has not been identified. The Seattle Times reported the individual's body remained buried under debris.

Rescue teams were still determining how many hikers were in the cave when it gave way. The collapse occurred near the entrance, officials said.

The caves are home to a popular hiking trail and are part of the Mt. Baker-Snoqualmie National Forest.

“The cave is in a condition that we would normally not see until at least September - large, inviting and collapsing," Lead Field Ranger Matthew Riggen said.

The area around the caves will be closed indefinitely, the sheriff's office said.

Falling ice has long been a danger to hikers in the region during warmer months, officials said. In 2010, an 11-year-old girl was killed near the caves when she was struck by a chunk of ice, forest officials said.