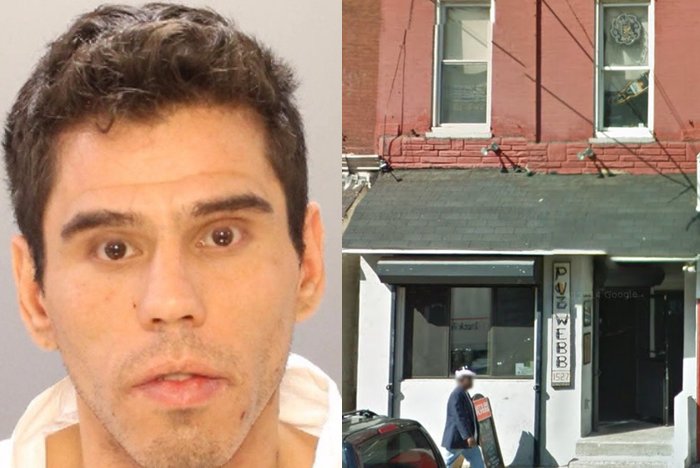 The parents of Jenna Burleigh, a Temple University student who was murdered in 2017 by former Temple student Joshua Hupperterz (left), filed a lawsuit Wednesday against Hupperterz, and against Pub Webb (right), the bar where the two met.

The parents of Jenna Burleigh, a Temple University student who was murdered in 2017 by former Temple student Joshua Hupperterz, filed a lawsuit Wednesday against Hupperterz, and against the off-campus bar where the two met.

Burleigh's parents, Joseph Burleigh and Jacqueline Burleigh, are suing Hupperterz, who was sentenced to life in prison earlier this year for strangling Burleigh to death on Aug. 31, 2017, and North Philly bar Pub Webb. Burleigh's family filed a wrongful death and negligence civil action against Hupperterz and Pub Webb, according to PR Newswire. The complaint was announced Wednesday.

The lawsuit claims Pub Webb should have stopped serving Hupperterz after he entered the bar visibly inebriated, according to PR Newswire.

Robert J. Mongeluzzi, the family's attorney, said that surveillance video from Pub Webb shows Hupperterz "staggering" into the bar, and the employees at Pub Webb should have stopped serving him at that point.

According to The Temple News, the lawsuit claims that employees at Pub Webb continued to serve Hupperterz despite his visible inebriation because he sold marijuana to the bar's management and staff.

Mongeluzzi also claimed that Burleigh herself was "grossly" over served at the bar, and was unable to defend herself when Hupperterz attacked her.

Pub Webb, which bills itself as a "Temple University favorite" on its website, is located on Cecil B. Moore Avenue, less than a full block from Temple's Liacouras Center.

"Out of respect for the Burleigh family my client has not publicly commented on this matter and has no comment at this time on the pending litigation."

"Jenna was an incredibly loving, caring, compassionate person who only wanted peace in this world," Jacqueline Burleigh, Jenna's mother, said in a statement. "Part of her legacy should be sending a loud, clear message to any business that even thinks about serving visibly-intoxicated patrons that they will be held accountable and that their actions have consequences. We hope this case shines a light on over service of alcohol and its link to violence. If it even saves one life, it will have been worth it."