Penn website helps veterinarians, owners get Rover out of the doghouse 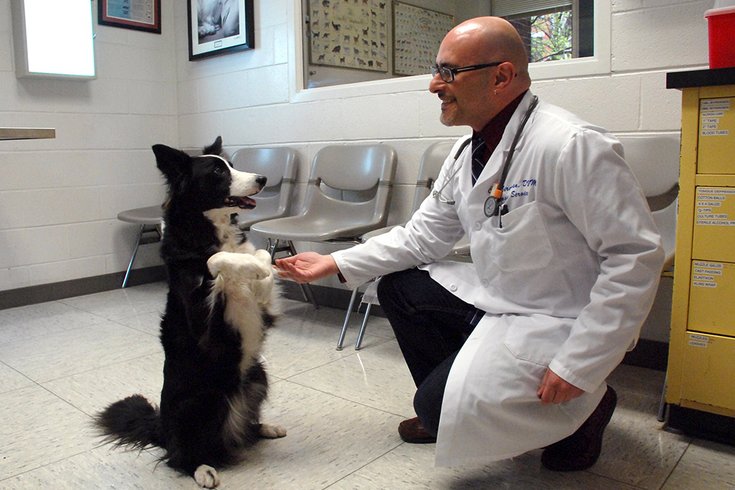 “Aggression, especially among young adult dogs, is by far the most common reason someone consults our services,” said Dr. Carlo Siracusa, director of Penn’s behavior clinic for animals. “People have a very low tolerance for aggression and want to stop it immediately."

When someone you love suffers from a mental illness or personality disorder, it’s tough enough to get them to talk when they have two legs, let alone four.

Yet, that’s the dilemma many pet owners – especially dog owners – must confront when their companion starts to show signs of anxiety, aggression, compulsive behavior and, more controversially, depression.

While there are board-certified animal behaviorists, essentially mental health specialists, trained to deal with a pet’s psychological issues, there are no more than 100 across the country, and most are centered in major urban areas like Philadelphia. Most owners of troubled pets, especially in remote regions, may never get access to that expertise or even know it exists.

But if a new website – www.pennvetbehavior.com – takes off, that may soon change.

Thanks to a collaboration with the University of Pennsylvania’s School of Veterinary Medicine, and Connect For Education, an online education company based in Virginia, animal doctors across the country will be able to consult – for free – with behavior specialists at the school on especially troubled patients.

The website is now accepting applications from animal doctors for a pilot program during which – through the use of tele-conferencing and video uploads – the behavior specialists at Penn can consult with veterinarians across the country.

About a dozen vets, some as far as Georgia and Colorado, are currently participating in the program but organizers are hoping to recruit many more. They hope to eventually attract pet owners to the site, as well, with articles and videos on best practices for working with pets, including an assessment tool to assess the severity of a behavioral issue may.

The chief goal of the new website, according to doctors and company executives, is to reduce the number of pets, especially dogs, who are abandoned or left at shelters where they are frequently euthanized because owners could not manage aggressive or destructive behavior.

“In many cases, people are frequently opaque about how their dog is feeling,” said Dr. James Serpell, professor of ethics and animal behavior at Penn, and one of the driving forces behind the new website. “They are not very good at telling when a pet is anxious or fearful. Because they are frightened, they become aggressive and the owner thinks the animal is trying to step out of line and that often ends in tears.”

Among the behaviors the doctors at Penn treat include anxiety, destructive chewing of furniture and doors, obsessive behavior like tail chasing and ceaseless barking, eating fecal matter, and hypersensitivity to being left alone.

But aggression is the number-one reason a canine is referred to the Penn specialists.

“Aggression, especially among young adult dogs, is by far the most common reason someone consults our services,” said Dr. Carlo Siracusa, director of Penn’s behavior clinic for animals. “People have a very low tolerance for aggression and want to stop it immediately, but aggression is not something that comes out of the blue.” 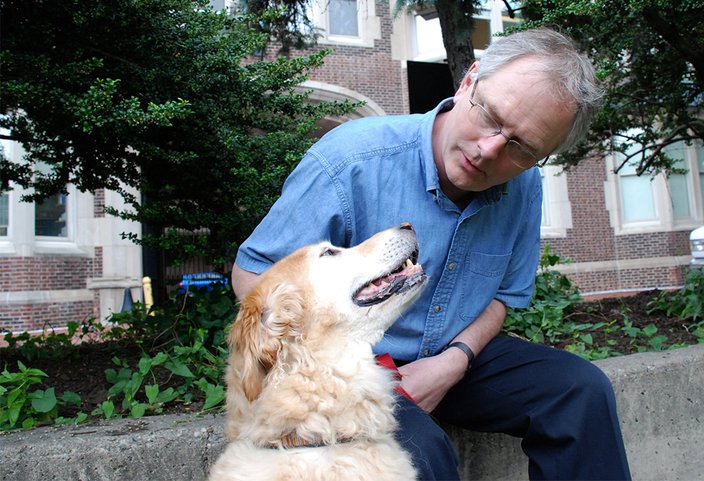 Dr. James Serpell, professor of ethics and animal behavior at Penn, is one of the driving forces behind the new website. Pet owners “are not very good at telling when a pet is anxious or fearful. Because they are frightened, they become aggressive and the owner thinks the animal is trying to step out of line and that often ends in tears.”

THE AIM: KEEPING DOGS AND CATS OUT OF SHELTERS

Consulting the web for advice isn’t always useful, with frustrated pet owners often finding misinformed or outdated training ideas. “There’s a lot of information on the web and most of the information hasn’t passed scientific review,” Siracusa said.

One example of misunderstanding between canines and humans: a dog wagging its tail. Most people would say the dog is friendly or happy. Not so, says Siracusa. “A dog wagging his tail is not saying ‘I want to be your friend.’ he’s just indicating that ‘I see you, you are on my radar.’ It’s a neutral hello. And a hello, like with humans, doesn’t necessarily mean we’re friendly. Most behavior that you see is neutral behavior.”

In fact, dogs display very subtle clues to their emotional state. A dog excessively licking his or her lips and nose, or yawning, can all be signs of stress and that “a dog is asking for time and space,” Siracusa said.

Given how complicated animal behavior can be, people should not be surprised “at how poorly educated vets are on animal behavior and behavior problems,” said Serpell. Just as in human medicine, where there are general practitioners trained for physical health and psychiatrists trained for mental health, there are similar specialties in the world of veterinary medicine.

Spreading that specialized knowledge, especially in regions of the country where board-certified animal behaviorists are scarce, has been the challenge.

That's why Dongsook Whitehead and her company, Connect For Education, has stepped in.

“Folks are looking for behavior specialists but they are not that easy to find,” said Whitehead, who co-founded Connect For Education to make it easier for instructors and students to work together online. “We hope that an application like this will help pet owners in general get expert help. It’s all about facilitating and preventing neglected dogs and cats from ending up in shelters.”

Whitehead, whose daughter graduated from Penn’s veterinary school and has been involved in animal rescue, first approached the university behaviorists five years ago with a proposal to launch a tele-medicine service for pets. “It took a couple of years of back and forth,” she said. “It’s been a long time of trial and error. Tele-medicine was not really talked about. We’re super excited now to get something out there for people to kick the tires.” 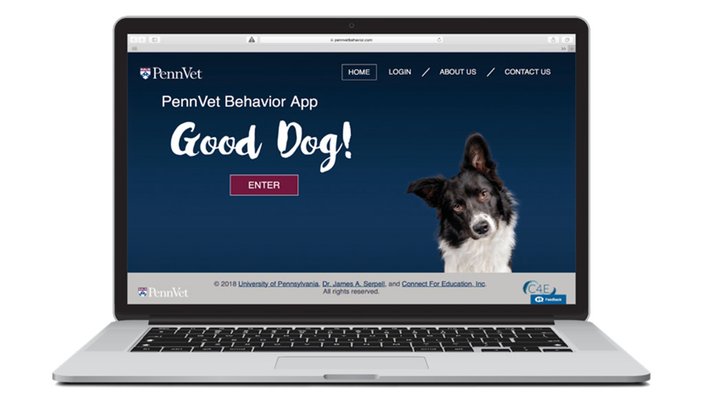 PennVet is hoping the new website will attract more veterinarians to a pilot program that will offer consultations with Penn behavioral specialists via teleconferencing. Eventually, the idea is to attract pet owners to the site, as well, with articles and videos on best practices for working with pets, including a tool to assess the severity of a behavioral issue.

A SITE FOR PET OWNERS, TOO

In keeping with the legal and ethical considerations surrounding the medical treatment of animals, the project is starting with some restrictions.

While the behavior clinic at Penn’s Ryan Animal Hospital will see patients brought in by their owners, only licensed vets will be able to use the website to load patient information, including test results and video of the animal, and consult with the Penn specialists.

But dog owners are urged to also visit the site to register their canines and participate in a free special survey designed to assess behavior. The survey, known as C-BARQ and designed by Serpell, measures aggression, anxiety, excitability and other potentially destructive or disturbing behaviors and temperaments and compares a dog’s individual score to a database of 50,000 other dogs. Behavior that may require professional intervention is flagged.

(There is also a survey for cat owners.)

Now that the site and tele-consulting service is live there is concern about scalability if it becomes popular, according to Serpell. “If it’s taken up very widely we might have a problem,” he said. “We’ll have to scale up if the popularity of the service increases.”

And Whitehead said there’s no business model or fee attached to the website yet. “We haven’t approached this from a financial point of view,” she said. During the pilot project, veterinarians can consult with the Penn specialists for free.

Still, they hope it can help stressed-out dog owners and their troubled companions to find peace and well-being.

They hope to eventually extend the service to cats, though felines don’t present the same potential for mental health issues as dogs.

“Cats tend to have fewer issues and are simpler to deal with,” said Serpell. Outside of refusing to use a litter box or a strong aggressive response to a situation, “a lot of behavior problems in cats is just normal cat behavior.”