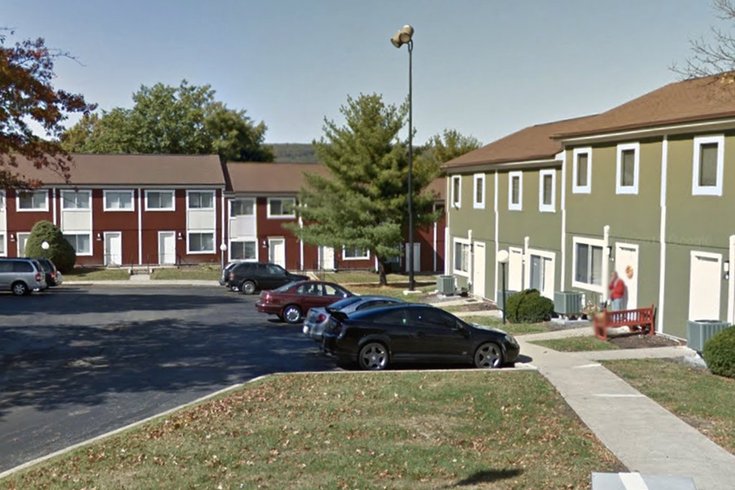 A kindergarten graduation party turned tragic Wednesday night when a man pulled a gun and fatally shot another man in the head after a dispute among children at the Marion Terrace Apartments in Hanover Township, near Wilkes-Barre.

WILKES-BARRE, Pa. — A Pennsylvania man hosting a kindergarten graduation party for his son and several other children was fatally shot in the head.

Witnesses told state police that a fight or rough play between the victim’s 6-year-old son and another 6-year-old led to an argument between adults at a Wednesday evening party in Hanover Township, near Wilkes-Barre, according to an Associated Press report.

The party was being held at the Marion Terrace Apartments, according to a report on timesleader.com.

According to online court records, troopers have charged Jamison with criminal homicide and possessing a prohibited weapon, the AP reported.

Police said Jamison lives in Harlem and that authorities are searching for him.