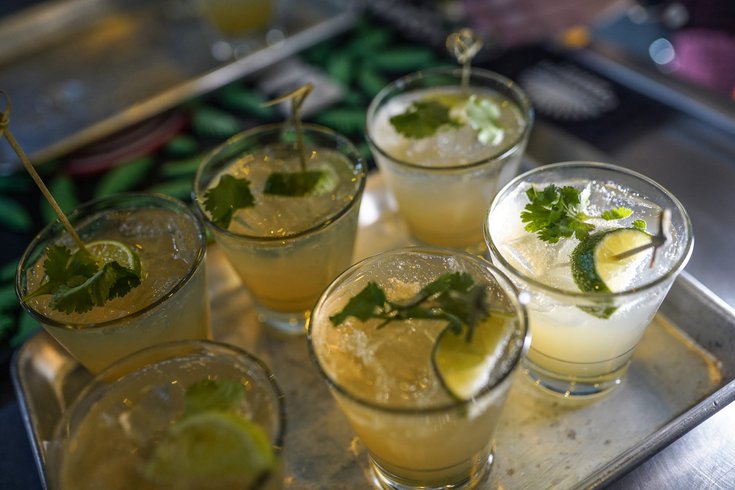 Restaurants, bars, hotels and other establishments in Pennsylvania are now permitted to expand the outdoor area in which they are licensed to serve alcoholic beverages to include a seating space within 1,000 feet of a business's location.

Pennsylvania businesses that have benefited from expanded outdoor food and alcoholic beverage service during the COVID-19 pandemic are receiving additional flexibility from the state.

Restaurants, bars, hotels and other establishments are now permitted to extend the outdoor area in which they are licensed to serve cocktails to include a seating space within 1,000 feet of a business's location, according to a new measure signed into law Friday by Gov. Tom Wolf.

Businesses were previously limited to serve liquor in outdoor areas within 400 feet of their main location, according to Patch.

The new law does not apply to local permits which bars and restaurants may need to extend onto public space, the Pittsburgh Business Times reported.

The new measure also permits the Pennsylvania Liquor Control Board to provide unlimited off-site catering permits to eligible liquor licensees, as well as an additional year of safekeeping for establishments that are closed and are not actively using their liquor licenses.

A business that closes permanently is also now allowed to sell its liquor and wine products to another licensee in Pennsylvania. The licensee must first inform the PLCB who they are selling its product to and what specifically is being sold.

Legislation was passed last year to allow businesses that closed permanently or for a long period of time during the pandemic to sell certain alcoholic products to other licensees. However, the bill didn't allow unused wine or malt and brewed beverages to be sold. Additionally, a licensee that closed permanently could only sell unused product to a business that purchased its liquor license.

While the state has expanded outdoor liquor service for bars and restaurants, Pennsylvania's popular cocktails-to-go initiative has yet to return since it expired this past June.

The sale of takeout alcoholic beverages was approved in Pennsylvania in May 2020 as part of an effort to help out bars, restaurants and hotels with liquor licenses that were struggling at the onset of the pandemic.

Any establishment that had experienced a 25% decline in average monthly sales during the public health crisis could sell takeout mixed drinks. Beverages had to be sold before 11 p.m. in containers with a secure lid and drink quantities had to fall between 4-64 ounces. It was the first time that the state had permitted cocktails-to-go.

But the practice expired when Pennsylvania's COVID-19 disaster emergency was lifted after voters backed a Republican-led effort to restrict the governor's emergency powers earlier this year.

A bipartisan bill that would have made the program permanent in Pennsylvania stalled out in Harrisburg after the GOP added an amendment that would have allowed private distributors — like grocery stores and bars — to sell pre-canned alcoholic beverages.

These types of drinks are only available currently in Pennsylvania through the Fine Wine and Good Spirits stores that are operated by the state.