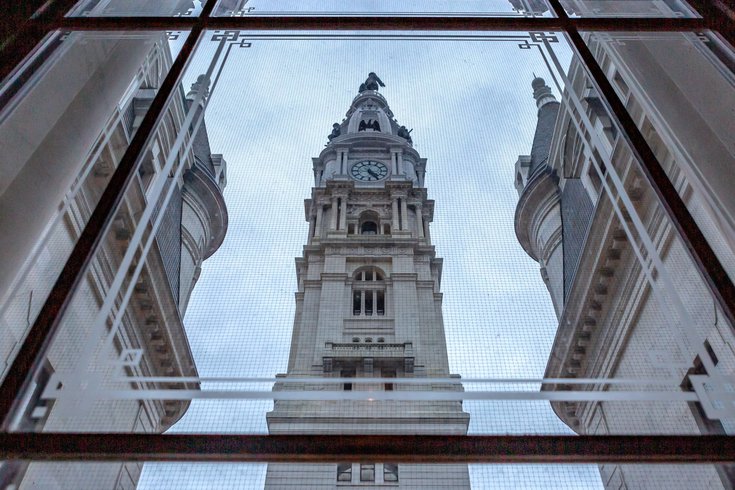 Four questions will appear on the ballot for the 2020 general election on Nov. 3 in Philadelphia.

There will be four ballot questions decided by Philadelphia voters on Election Day: three asking residents about criminal justice and police reforms and one posing whether to borrow money that will largely be spent on infrastructure repairs.

Philly's ballot questions will appear down ballot from the elections for president of the United States, U.S. congressional races, Pennsylvania state assembly elections and the state elections for attorney general, auditor general and treasurer.

Thousands of Philadelphians have already answered these questions by voting early or voting by mail. For those yet to complete their mail-in ballots – and if you haven't yet, it'd be best to find a drop box or plan to bring your ballot to your polling place to ensure it arrives on time – here is a look at the four ballot questions in Philly for the 2020 general election.

The exact language that appears on the ballot is as follows:

Shall The Philadelphia Home Rule Charter be amended to call on the Police Department to eliminate the practice of unconstitutional stop and frisk, consistent with judicial precedent, meaning an officer must have reasonable suspicion that a person is engaged in criminal activity in order to stop that person, and, therefore, an officer cannot stop someone unlawfully because of their race, ethnicity, gender, sexuality, religious affiliation or expression, or other protected characteristic?

The question asks voters to decide whether to amend the city charter with language that would ban the police tactic of stop and frisk. The New York City Police Department's stop-and-frisk policy was found unconstitutional in 2013 by a federal judge. but its continues to be used by Philadelphia police officers.

Stop-and-frisk is when police officers to stop a pedestrian for questioning and then, based on then based on reasonable suspicion of criminal activity and that the person could be armed, pat down the person's outer clothing  The tactic is often discussed in conversations about racial profiling, especially in Philadelphia, where in 2019 around 70% of the 77,000 people who were stopped and frisked were Black.

A "yes" vote is in favor of amending the Philly charter to outlaw stop-and-frisk in the city. Philadelphia City Council passed legislation for this ballot question in June, less than one month after the killing of George Floyd in Minneapolis sparked nationwide protests focused on police brutality.

The exact language on the ballot is as follows:

Shall The Philadelphia Home Rule Charter be amended to create the Office of the Victim Advocate to advocate for crime victims and to work with victim-services providers to coordinate, plan, train, educate, and investigate issues relating to crime victims?

This ballots question asks voters whether Philadelphia should create city department working on behalf of crime victims, the "Office of the Victim Advocate." It would be run by a department head appointed by Mayor Jim Kenney.

A vote "yes" is in favor of creating the new city office through a city charter amendment. City Council passed this ballot measure in July, also during the George Floyd protests. Critics say the measure is similar to ones that have appeared on the ballot in previous years.

The exact language that appears on the ballot is as follows:

Shall The Philadelphia Home Rule Charter be amended to provide for the creation of a Citizens Police Oversight Commission, and to authorize City Council to determine the composition, powers and duties of the Commission?

The third ballot question asks voters whether Philadelphia should establish a civilian watchdog group for the police department called the Citizens Oversight Commission that would be assigned to evaluate and work to improve police conduct. The commission would rename and rebrand the existing "Police Advisory Commission."

A "yes" vote would move the process forward to City Council, which would then determine the composition, powers and and responsibilities of the commission be in charge of developing the committee from existing form. The council is yet to clarify how they will do so.

The exact language on the ballot is as follows:

Should the City of Philadelphia borrow ONE HUNDRED THIRTY FOUR MILLION DOLLARS ($134,000,000.00) to be spent for and toward capital purposes as follows: Transit; Streets and Sanitation; Municipal Buildings; Parks, Recreation and Museums; and Economic and Community Development?

This is a routine bond question, which is required to appear on the ballot in order for the city to borrow money. In this case, the city seeks to borrow $134 million for city improvements. The measure was approved by city council in June.

A "yes" vote is in favor of allowing Philly to borrow money for the infrastructure improvements and capital projects in the areas listed above.