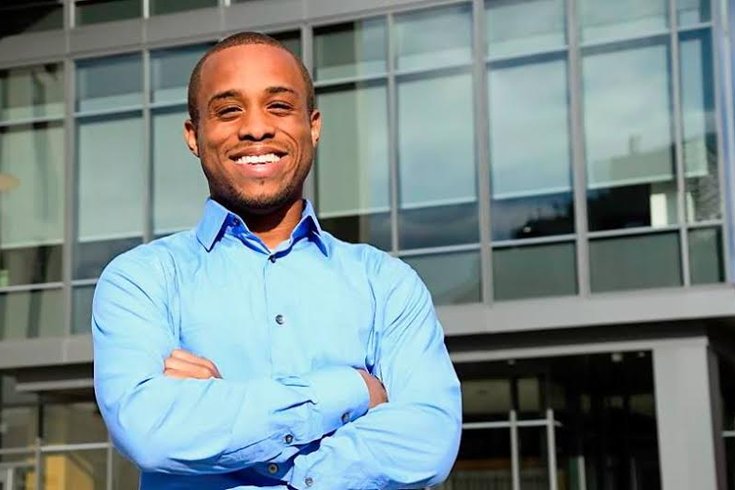 The fifth annual Philadelphia Geek Awards are coming to the Academy of Natural Sciences at Drexel on Aug. 15. Buy the $45 tickets at phillygeekawards.com now to secure your chance spend a night to mingle with the best-dressed geeks in the city.

However, the awards ceremony is about more than meeting other people who actually want to hear your elaborate Game of Thrones theories. It’s also a chance to recognize all the weirdoes who make Philadelphia great with their passionate devotion to technology, books, science and pop culture – including those who have made an impact on the city’s business landscape.

Take, for example, the three incredible entrepreneurs who are nominees in the “Start-up of the Year” category.

First on the list is Chris Gray, the inventor of scholarship app Scholly. Growing up in a poor, single-parent household in Alabama, Gray applied for 74 different scholarships and ended up winning over $1.3 million to support himself in college.

He created his mobile app to make that scholarship search easier for others (he had to do his research at a library! An actual library!), and got $40,000 in investments from the TV show Shark Tank – all before graduating from Drexel University.

The mobile app is 99 cents, but he’s working with different groups to make it more widely available. For example, thanks to a partnership with Saxbys Coffee, all seniors at the Philadelphia Science Leadership Academy get a membership at Scholly for free.

Two other start-ups in the running are The Monkey and The Elephant, a non-profit coffee shop in Brewerytown that employs former foster kids, and Billy Penn, a mobile news site aimed at millennials.

Another category that’s sure to get some links is Social Media Project of the Year. Nominees include the Philadelphia Police Department’s Facebook and Twitter (who knew cops had such a geeky sense of humor?), the FindMePhilly account where users search for clues on Vine and Instagram to find $100 that has been hidden in the city, and @Mrs_Angemi, the Instagram of pathologists’ assistant Nicole Angemi (warning: do NOT look at this account right after lunch, as she’s just as likely to post a picture of a severed foot as she is to post a picture of her toddlers at the playground).

But who will take home the biggest award of the night – Geek of the Year? The nominees are Jon Geeting, engagement editor at PlanPhilly; Alexis Jeffcoat, organizer of events like Science on Tap and Philadelphia Science Festival; and Ather Sharif, the founder of EvoXLabs, which is devoted to making the Internet more accessible for people with vision impairments.

They may not have been considered cool in middle school, but no one can deny how awesome these geeks are now.