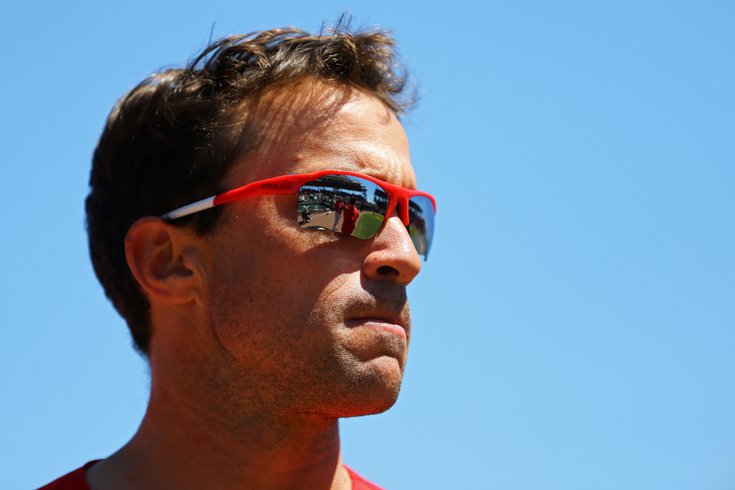 Phillies GM Sam Fuld during spring training back in 2018.

It's the quiet of the baseball offseason.

Trea Turner, Taijuan Walker, and Matt Strahm have all been signed and introduced, and although the Phillies do have a few more holes to fill before pitchers and catchers report in February, things should be relatively calm until then.

Still, Monday brought a couple of Phillies notes to touch on ahead of the holidays, so let's take a quick run through them:

Dave Dombrowski was brought on during the winter of 2020 and by the end of 2022, he had a team that was just two wins shy of a World Series title.

Dombrowski, the Phillies' first-ever President of Baseball Operations, received a three-year contract extension in November to keep him in town through 2027 as he tries to get the club those last few pieces they need to cross the finish line.

He'll do so with his top lieutenants still on board following the announcement through the team on Monday that he extended the contracts of general manager Sam Fuld and assistant GMs Ned Rice and Jorge Velandia through the 2025 season.

The Phillies have extended the contracts of Vice President and General Manager Sam Fuld and Assistant General Managers Ned Rice and Jorge Velandia, Phillies President of Baseball Operations David Dombrowski announced today. Each extension will go through the 2025 season.

Fuld retired from playing in 2017 and was brought in by the Phillies shortly after as a player information coordinator for then manager Gabe Kapler's staff. He served as a liaison between the club's analytics department and its players for three years, receiving a few managerial interviews along the way, before he was elevated to GM after Dombrowski came in.

Rice has been with the Phillies as an assistant GM since 2016 and served as the interim GM for the couple of months in between Matt Klentak's reassignment and Dombrowski's hiring.

Velandia has served in his assistant GM role since 2020 after years of shuffling through the organization in various coaching and player development roles.

Now all four will continue to try and push the Phillies to heights the franchise has seen only two other times before.

A miracle run to the World Series, especially with the way the Phillies did it, grabs a whole lot of eyes and ESPN definitely wants to capitalize.

Their opening series finale against the Texas Rangers down in Arlington on April 2 will be the first game up for Sunday Night Baseball in 2023.

Then ESPN will have the World Series rematch in Houston on April 30, an NL East rivalry and NLDS rematch at the Braves on May 28, and the Little League Classic against the Nationals in Williamsport on Aug. 20.

Note that these are all road games and, save for the Little League Classic, all matchups in the earlier part of the season.

Per ESPN's Press Room, this is the first round of game selections for 2023. The remaining picks will be made up to two weeks ahead of a given game's scheduled date, so expect the Phils to pop up on the national broadcast a few more times throughout the summer, especially once Bryce Harper is back.