Health commissioner urges residents not to let up on social distancing 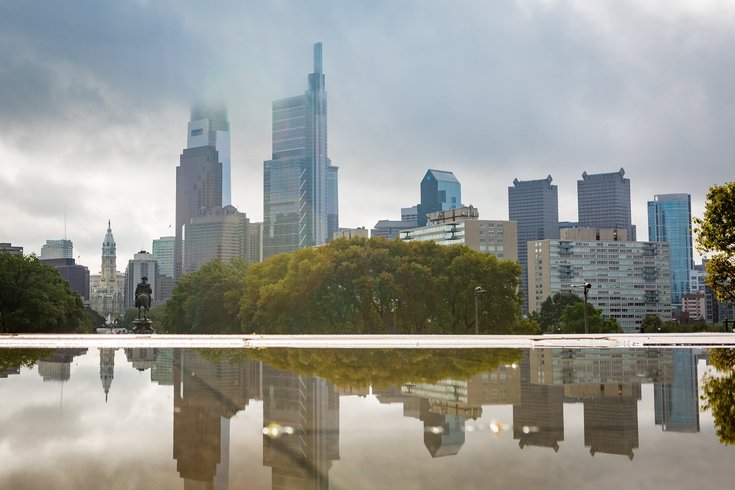 The Philadelphia Foundation has opened voting until July 26 for participants to choose which local nonprofit should receive up to $200,000 in grant money.

Philadelphia Health commissioner Dr. Thomas Farley revealed the first look at a racial breakdown of coronavirus cases in the city on Tuesday.

An additional 317 presumptive positive cases on Wednesday brought Philadelphia's total to 7,130. The lower count was the result of a backlog of tests in labs, Farley said. He maintained optimism that the daily rate of new cases continues to remain stable around a likely peak for the current phase of the epidemic.

The remaining 34% of positive COVID-19 cases, a group comprising 2,412 people, could be of any race or ethnicity, Farley said. The health department was not able to trace these cases between the databases they used to assemble the case information above.

Philadelphia reported an additional 16 fatalities on Tuesday, bringing the city's total to 206. Among them, 136 were of people over age 70, and 103 were long-term care facility residents. The death of a city inmate on Tuesday morning was not included in the daily total, but will be reflected in Wednesday's update.

Farley urged city residents not to ease up on social distancing as Philadelphia appears to reach its peak in new coronavirus cases.

The department reported 757 patients with COVID-19 currently being treated in Philadelphia hospitals, with a total of 1,361 people hospitalized in the region, including Philadelphia.

"Despite the better news, it's still very important for people to be serious about staying safe," Farley said. "The virus is still circulating in the city, even if it's circulating at lower levels. It's still out there. There's no question that if we started behaving as we were before, the virus will surge again and we'll have problems in our hospitals in the future."

A woman in her forties who died Tuesday morning became Philadelphia's first inmate to succumb to complications from the coronavirus, city officials announced.

Details about the victim, who had been receiving care at a local hospital, were not disclosed out of respect to the family.

“I want to offer my condolences to her family and friends,” said Mayor Jim Kenney. “Incarcerated people are human beings. They are someone’s family member and friend. And we owe them the dignity of acknowledging their life and their passing.”

The woman was one of several dozen inmates who have tested positive for coronavirus since the start of the outbreak in Philadelphia. There are currently 54 active cases of COVID-19 among the city's inmate population. Three others are hospitalized and 13 inmates have recovered.

Commissioner of prisons Blanche Carney said all inmates have been provided masks and measures have been taken to reduce movement within prisons that might spread the infection. Four inmates currently are in isolation space.

Reducing the population of the city's prisons has become a point of contention for advocates of criminal justice reform, some of whom have protested to demand more widespread conditional release of inmates.

Mayor Kenney explained Tuesday that virtual hearings have been ongoing for weeks in municipal court to expedite the release of inmates held for low-level offenses.

Krasner has applied pressure on Pennsylvania Gov. Tom Wolf and state legislators to prevent a larger outbreak in the prison system.

“Pennsylvania continues to lag behind other states in safely reducing county jail and state prisons populations, just as we have confirmation of COVID-19 cases in all 67 counties," Krasner said last, urging Wolf to use the power of reprieve to temporarily release inmates who pose no threat to the public.

Wolf has since established a temporary reprieve program for state prisoners that could release up to 1,800 eligible inmates. Krasner believes many of the state's 20,000 minimum custody and 16,000 medium custody inmates — both considered low-risk for flight or violence — also should be eligible for temporary reprieve.

To date, the Pennsylvania Department of Corrections has reported 14 positive cases of COVID-19 among inmates and 22 positive cases among correctional employees. One inmate has died from a COVID-19-related illness.

Krasner pointed to New York's Rikers Island jail, where two inmates have died and several hundred have tested positive for COVID-19, as a cautionary tale for Pennsylvania.

"State correctional facilities are hotbeds for the rapid spread of coronavirus, and if there are outbreaks in these facilities there will soon be outbreaks outside of them in our communities," Krasner said. "We must prevent from happening in Pennsylvania what has been happening at New York’s Rikers Island, where COVID-19 has been spreading more than 85 times faster than the average rate of infection in the U.S.”