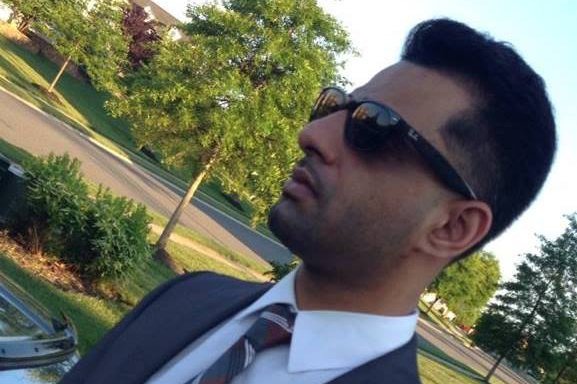 New Castle County Police are investigating the death of a man who recently graduated from Temple University's Beasley School of Law.

According to police, 27-year-old Shazim Uppal was found dead sitting in a parked Audi sedan Monday on the 100 block of St. Clair Drive in Hockessin, Delaware -- the same block where he lived.

Police say that Uppal died from gunshot wounds sustained to his upper torso. Before being discovered, he was last seen driving a 2007 Black Audi A8 between the hours of 10 p.m. and 11 p.m. Sunday.

Uppal was also a member of the Masjid Isa Ibn-e-Maryam mosque in Newark, according to their Facebook page.

The mosque expressed condolences on their website Tuesday, asking for prayers as the "family and the community deals with this tragic loss." They will be holding a prayer service at their center located at 698 Old Baltimore Pike from 6:30 p.m. to 8:30 p.m. following his burial.

Police are still investigating the incident. Anyone with information on Uppal's death is asked to call the New Castle County Police's Criminal Investigations Unit at 302-395- 8110 or Crime Stoppers at 800-847-3333.