Police search for person in Schuylkill River in Conshy 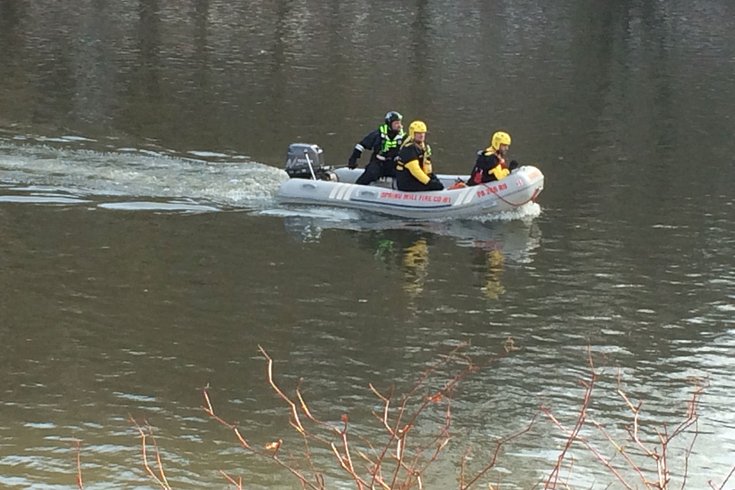 Emergency personnel search the waters of the Schuylkill River near the Matsonford Bridge in Conshohocken for a person who reportedly jumped from the bridge.

A person apparently jumped from the Matsonford Bridge in Conshohocken about 2:30 p.m. Wednesday.

Emergency personnel were out in full force, some in boats, searching the murky river for the person, and the search was moving down river.

Police are set up near the bridge, which connects Conshohocken and West Conshohocken, and also about a half-mile down the river, near the Riverwalk apartments.

Other ambulance and rescue crews are standing by at the scene.

A Conshohocken police spokeswoman confirmed that officers from the department were actively engaged in a search at the river, but had no additional information about the incident.

A woman jumped from the same bridge on Thanksgiving and survived the fall.