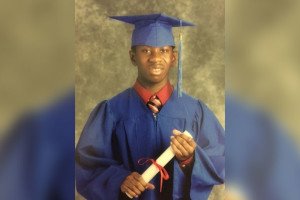 Jonathon McNeill, 14, has been missing since Tuesday, Oct. 20, when he didn't arrive for school. The boy, from the city's East Poplar neighborhood, may be suffering from depression, police said.

Philadelphia police are seeking the public's help in locating a missing 14-year-old boy who hasn't been seen since 7 a.m. on Tuesday.

According to police, Jonathon McNeill left his residence on the 700 block of N. Warnock St. in the city's East Poplar neighborhood that morning to attend Northeast High School, which is located at 1601 Cottman Ave., and has not returned home.

Law enforcement officials said that Jonathon has never been reported missing in the past and he may currently be suffering from depression, however, he does not take any medication.

Jonathon is described as being 5 feet 6 inches tall and weighing about 110 pounds, with a thin build, brown eyes, light brown complexion and short black hair.

He was last seen wearing a gray/black jacket with a hood, khaki pants and was carrying a black book bag, police said.