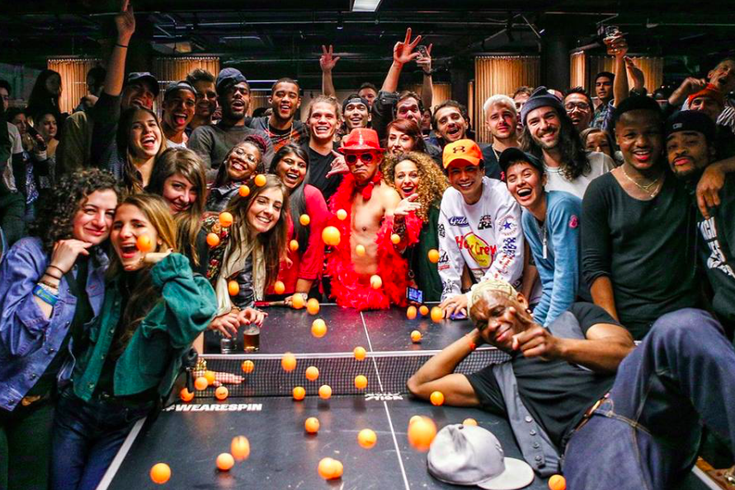 Hobbyists seeking a new place to gather for friendly competition in Philly will soon have a ping-pong social club to join in Center City.

SPiN, a multi-city club whose founders include actress Susan Sarandon, announced it will open a 12,000-square-foot facility with 17 tables at the WeWork offices located near the intersection of 15th and Walnut streets.

"We are thrilled to announce our pending arrival in the vibrant neighborhood of Rittenhouse Square in Philadelphia," the company said in a release. "We are poised to open this summer, but we’ll be all over the city this spring at various events, parks, offices, and well, anywhere we can fit a ping pong table."

Established in New York City in 2009, SPiN grew out of a series of Friday night ping-pong parties that gained popularity among people of all walks of life. The company has since grown into a global brand with locations in Chicago, San Francisco, Los Angeles and Toronto. Philadelphia and Austin are the company's next areas of expansion.

In addition to casual and tournament-style table tennis, SPiN will feature a full-service restaurant and bar offering new American cuisine and cocktails. Lounges will also be available to serve the needs of company team-building events.

An official opening is expected in early fall 2017.

Full Disclosure: PhillyVoice.com is a WeWork tenant with offices at the 1430 Walnut Street facility.