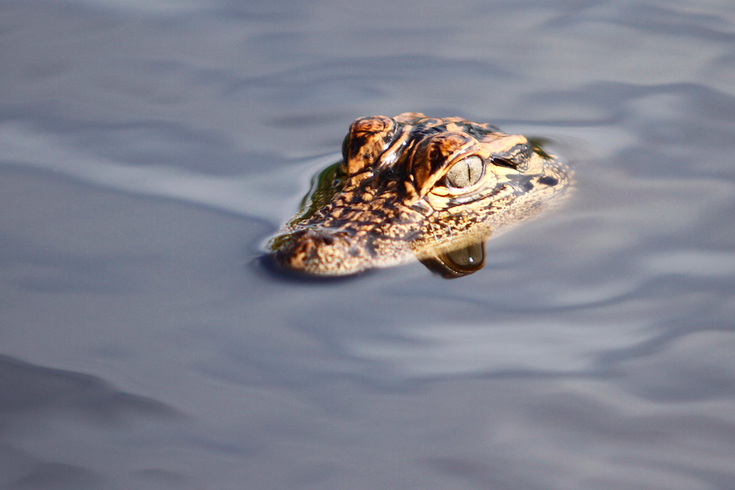 Here's a picture of an alligator.

Bulls, horses and now this?

Animal control police officials found an alligator after responding to a building fire in Tacony on Wednesday night, The Associated Press reported Thursday.

Firefighters responded to the fire that broke out on the 4800 block of Unruh Avenue shortly before 8 p.m. Two people sustained minor injuries and were transported to local hospitals, according to CBS3.

Hey @ACCTPhilly, @PhillyFireDept just called us for an alligator displaced by a fire. We deferred to you guys! 😂🐊

The Red Paw Emergency Relief Team, which helps displaced pets, was called to remove the alligator but later handed over the investigation to the Animal Care & Control Team of Philadelphia.

The alligator is reportedly between 18 and 24 inches long and was found inside a tank.