Reward offered for information on attempted bank robbery in Mayfair 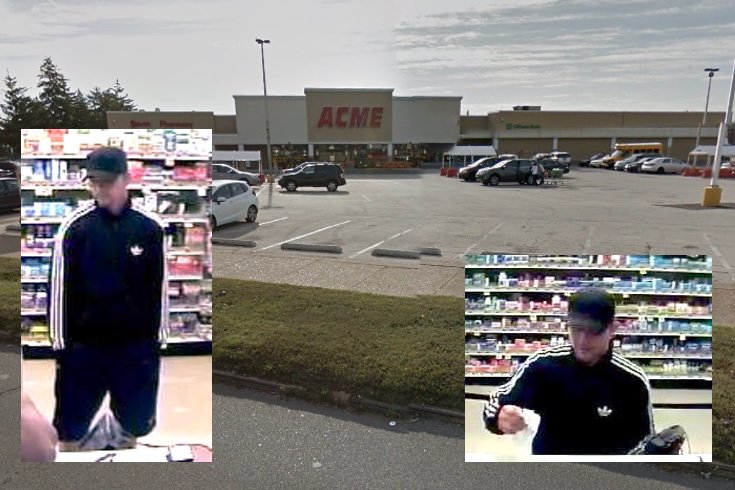 A man is wanted by the Federal Bureau of Investigation and the Philadelphia Police Department for an attempted bank robbery in the Mayfair section of Philadelphia.

The incident occurred Saturday around 2:45 p.m. at a Citizens Bank located inside an ACME located at 6601 Roosevelt Boulevard.

According to authorities, the suspect approached the counter and demanded money via a note. A short time later, the man fled without receiving anything.

The suspect is described as a 6-foot tall white man in his 20's with a thin build and reddish-brown goatee. He was last seen wearing a black Adidas jacket, black shorts and a black hat.

Anyone with information is asked to contact the FBI at (215) 418-4000 or the Philadelphia Police Department.

An unspecified reward is being offered for information that leads to an arrest.