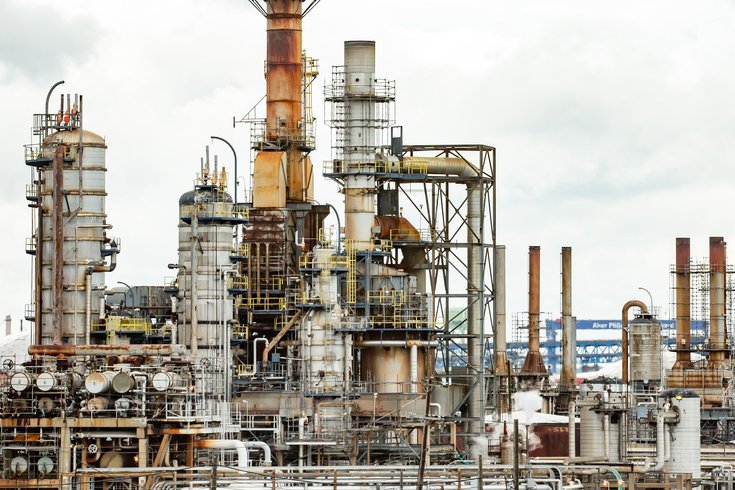 Officials will remove supplies of mercaptan from the Philadelphia Energy Solutions refinery beginning on Monday. Some residents may smell a "rotten cabbage" odor over the next few days as it gets cleaned out.

Don't be alarmed if you smell something rotten in Philadelphia this week. Officials are expected to begin removing supplies of mercaptan, a pungent gas, out of the Philadelphia Energy Solutions Refinery on Monday.

"Residents might notice a smell as this work continues over the next few days," the fire department said in a tweet.

The colorless, flammable gas is commonly used as an odorant. It often gives off a "rotten cabbage" smell, according to the U.S. Centers for Disease Control and Prevention.

Mercaptan is a natural substance found in humans and animals. It's also present in some natural gases, coal tar, and crude oil. Other natural sources release the gas, including animal feces and decaying matter in marshes.

The gas can release toxic fumes if heated to decomposition, according to the CDC. However, the smell will not be hazardous, fire officials said.

Operators of the closed PES refinery will soon remove supplies of Mercaptan, an odorant that smells like cabbage. Residents might notice a smell as this work continues over the next few days. Mercaptan is not hazardous. If you believe you have a gas leak, call 911.

The refinery went bankrupt and permanently shut down after a massive explosion and fire destroyed it in June. In February, a report by Environmental Integrity Project showed that the explosion had produced the highest concentrations of benzene — a cancer-causing hydrocarbon — of the 114 refineries in the U.S.

The U.S. Chemical Safety and Hazard Investigation Board determined in October that the explosion and fire released about 5,000 pounds of hydrofluoric acid, a chemical that can cause skin damage, chronic lung disease, blindness and other conditions.