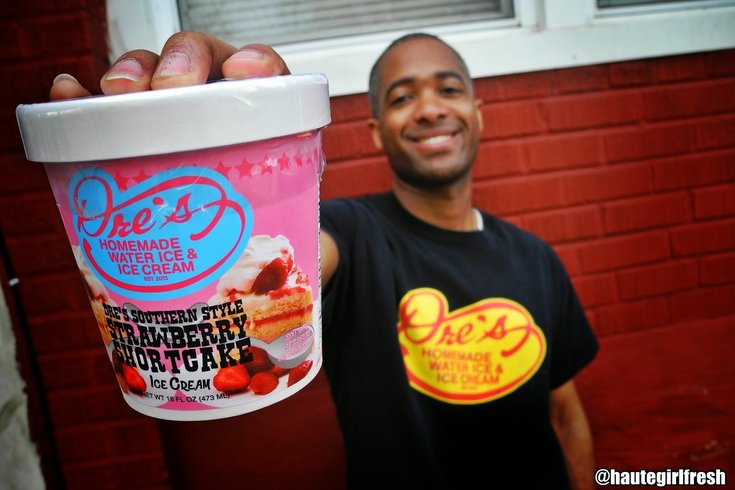 Andre Andrews will wheel his ice cream cart down to the Navy Yard next week to participate in private events related to the Democratic National Convention.

His startup business, Dre's Water Ice and Ice Cream, is among hundreds of businesses providing a litany of products and services to the DNC itself or its myriad related festivals, parties and rallies.

The vendors range from merchandise providers to a company tasked with dropping thousands of balloons from the Wells Fargo Center rafters following Hillary Clinton's acceptance speech. They include caterers, florists and transportation service companies.

Many are based in the Philadelphia region, including both well-known establishments like Stephen Starr restaurants, and entrepreneurs like Andrews, who is hoping the DNC provides greater exposure to both Philadelphia residents and delegates from across the country.

"We're pretty new," Andrews said. "They gave us an opportunity to be in front of a lot of individuals that don't know about us."

Dre's Water Ice and Ice Cream offers a variety of both traditional and original flavors of water ice and ice cream. Andrews plans to unveil a new ice cream flavor, yellow cake, during the DNC to accompany his other offerings, which include banana pudding and chocolate hazelnut.

"We carry flavors that other stores don't carry," Andrews said. "We switch our flavors up. You have excitement when you come to our store."

Andrews launched his company in 2013, initially operating out of a push cart in a supermarket. Last month, he opened a brick-and-mortar location in West Philly. When he learned the DNC was establishing a list of local vendors, he filled out the requisite form.

"We're premiering it for this event – for lunch specifically," said Tong, who launched his truck in March 2015. "It will be a different Asian flair that no one has brought to the table yet." 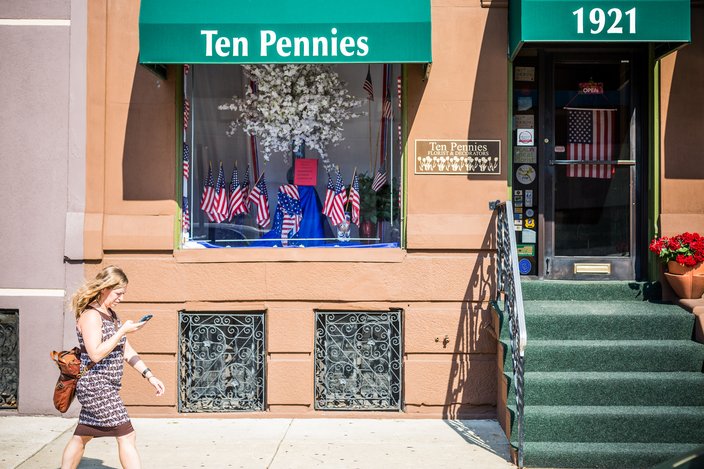 Of course, the city's established restaurateurs also are getting in on the action.

Starr's restaurants are hosting a variety private events, a spokeswoman said. Others are extending service periods and offering specials.

But no private parties would be complete without favors and other gifts.

"I'm hoping with the DNC (that) a lot of people are staying here locally in the hotels. I'm hoping they wander into the Reading Terminal." – Cristen Listman, Philly chocolatier

The chocolates – made in both milk or dark flavors – are molded as cheesesteaks, pretzels, the Liberty Bell and the LOVE sign. Chocolate-covered pretzels are decorated in red, white and blue.

Mueller is also selling chocolate donkeys — which initially were designed for the DNC selection committee two years ago – at its location in Reading Terminal Market. They also have elephants, if you're so politically-inclined.

"I'm hoping with the DNC (that) a lot of people are staying here locally in the hotels," Listen said. "I'm hoping they wander into the Reading Terminal."

The florist provided balloons for the DNC media party held Saturday at Citizens Bank Park. It also has been contacted by various groups, including the Massachusetts delegation, to provide balloons and flowers for private events.

"They all ask for different things," Catania said. "We are doing 3,000 roses (for Blacks for Bernie). They are giving them out to the police at FDR Park."