State of the Union 2019: Twitter live-reacts to Trump address

Politics State Of The Union
from 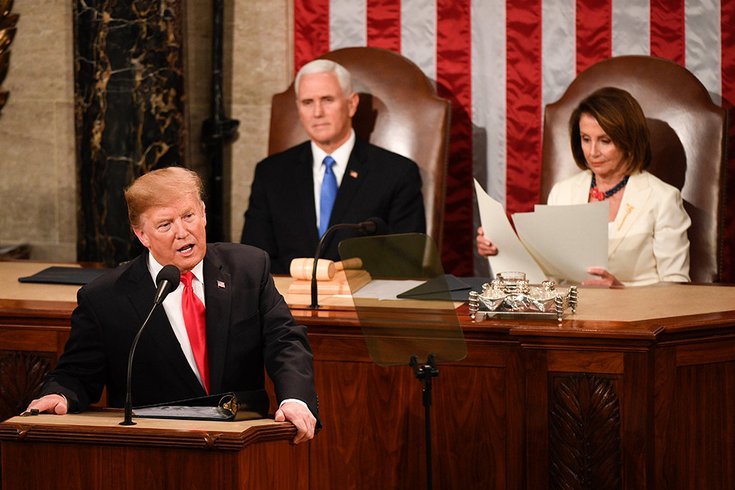 President Donald Trump delivers the State of the Union address from the U.S. House chamber of the United States Capitol in Washington, D.C., on Tuesday, February 5, 2019. Vice President Mike Pence and Speaker of the House Nancy Pelosi (D-Calif.) are behind Trump.

President Donald Trump gave his State of the Union address to a joint session of the 116th Congress in the chamber of the House of Representatives. The speech was originally scheduled for January 29, but the recent government shutdown led House Speaker Nancy Pelosi asked postpone his address until the government reopened.

Follow real-time coverage on Twitter from conservative and liberal pundits as well as the media and Joe Q. Public.