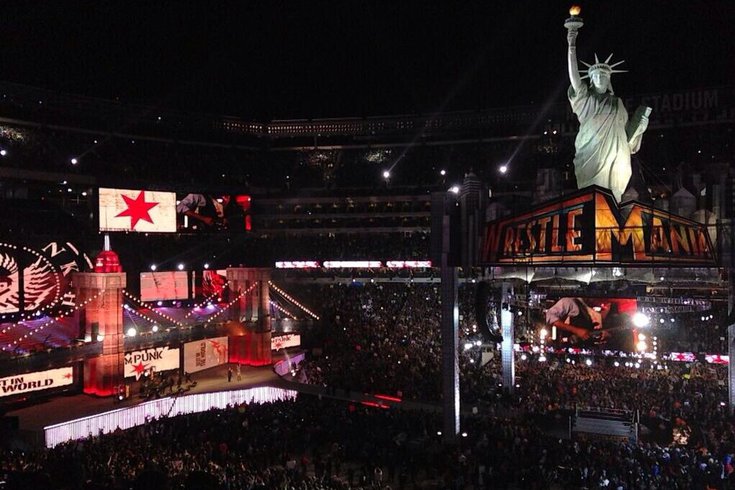 I made it to MetLife Stadium on April 7, 2013, to see WrestleMania in person for the first time ever.

MetLife Stadium opened in 2010, and in the past 10 years has been the host of two WrestleManias and one Super Bowl, among many other sporting and entertainment events.

But on April 7, 2013, Nick Piccone and Vaughn Johnson made their way to the stadium to see their very first WrestleMania event live and in person. Now, we didn't know each other at that moment - Vaughn covered the event for the Inquirer and I attended as a fan in the nosebleeds. But even from there, everything looked spectacular.

The guys describe their respective journeys to the big dance, how they got there, what they thought of the event, how things have changed since then, and much, much more. WrestleMania is definitely a bucket list event and even though the pay-per-view wasn't exactly a memorable one, the pageantry of WrestleMania remains unmatched in the industry.

Before we dive deep into WrestleMania, we discuss Bobby Lashley finally winning the WWE Championship on Monday Night Raw, becoming only the third Black man ever to hold that title, a title in which the lineage can be traced back many, many decades. We also touch on the Randy Orton vs. rappers Twitter beef, Joey Ryan's wrestling show getting canceled, NXT moving to Tuesday nights, and some other odds and ends.

It's our March to WrestleMania series ... all month long!