The city's Department of L&I issues the permit on Wednesday afternoon. 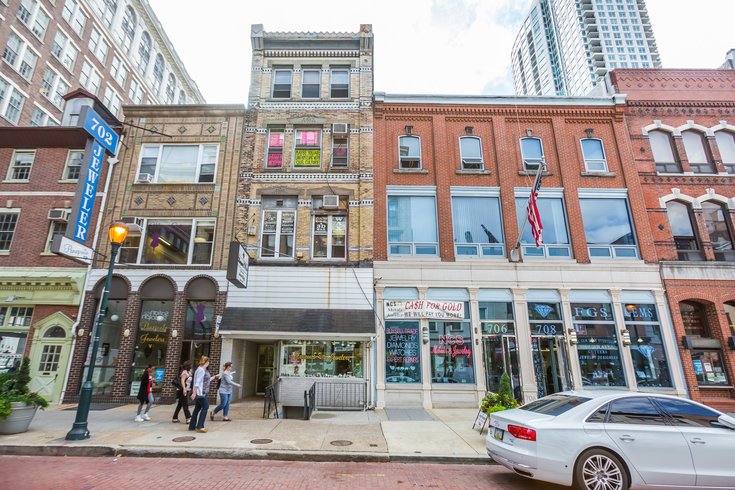 The plan to demolish five properties on Jewelers Row for a 16-story residential complex moved forward Wednesday as the Philadelphia Department of Licenses and Inspections issued a suburban developer a permit to demolish the properties.

With permit now in hand, Toll Brothers of Horsham, Montgomery County, only needs an L&I site inspection of the properties, which include a building at 128 S. Seventh St. and four properties at 702, 704, 706-08, and 710 Sansom St. — before immediate demolition can occur, according to L&I spokeswoman Karen Guss.

The inspection would ensure that all safety precautions are followed during demolition, she said.

"It's to make sure that everything is in place to protect the community," she said.

While L&I has not yet seen plans for the project, evaluating the proposed development isn't a necessary part of the process at this stage, she said.

Construction of the residential project may still be some ways off, however, as the developer will need to present a building plan to the Civic Design Review Committee and hear public input on the proposal. Guss said the demolition permit is valid for six months.

The developer doesn't have all the necessary permits needed to begin construction, but those aren't necessary to begin demolition, she said.

Issuance of the permit was first reported by PlanPhilly.

The Philadelphia Historical Commission's designation committee voted unanimously recently to nominate 704 and 706-08 Sansom St., to the city's Register of Historic Places. Those nominations will be considered at a commission meeting at 9 a.m. Thursday. But Ajeenah Amir, spokeswoman for the board, said any decision made by the commission would not void the demolition permit.

"The Historical  Commission's decisions on the nominations for 704 and 706 Sansom St. tomorrow will have no effect on the demolition permit issued to Toll Brothers," Amir said in a statement on Wednesday afternoon. "The two properties have been under the Historical Commission’s jurisdiction since Sept. 6, 2016, when the commission notified the property owners in writing that it would consider designating the properties."

"However, the permit application was submitted prior to the issuance of the written notice and the Historical Commission does not have the authority to review, approve, or deny the demolition permit," she said in a statement. "Therefore, the demolition permit will remain in effect."

The properties at 704 and 706-08 Sansom St. were submitted for consideration to be placed on the Historic Register as they previously served as a publishing house and an electrotype foundry developed by publisher Henry C. Lea in the late 1800s.

At a recent meeting of the commission's designation committee, the buildings slated for demolition were said to have "essentially set the rhythm for development in Philadelphia."