A recent report shows the impacts of the pandemic recovery on the city's roadways, including rising gas prices, lagging SEPTA ridership and continued issues with road fatalities 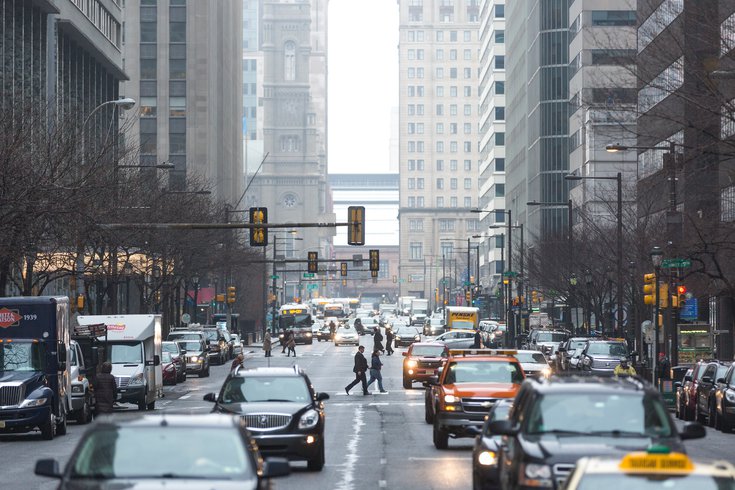 Philadelphia was among the top 10 most traffic-congested cities in the world in 2022, underscoring continued issues with lagging SEPTA ridership and road safety concerns impacting residents since the COVID-19 pandemic began nearly three years ago.

Philadelphia was one of the most traffic-congested cities in the world in 2022, underscoring continued issues with lagging SEPTA ridership and road safety concerns that have become common since the COVID-19 pandemic upended the lives of city residents nearly three years ago.

Drivers spent about 114 hours stuck in traffic on Philly's roadways in 2022, a 27% increase from 2021, according to INRIX, a data analytics firm that releases a Global Traffic Scorecard each year. The city still has 20% less traffic than it did before the pandemic. Philly ranked at No. 8 globally and No. 4 in the United States for traffic congestion, higher than major cities like Los Angeles, Miami and San Francisco.

"It is great to see civic and commercial life returning to normal, but unfortunately, we're seeing congestion inching closer to, if not exceeding, pre-pandemic levels," said Bob Pishue, transportation analyst and author of the report. "We must manage congestion while improving mobility and accessibility in cities to avoid it hurting economic recovery and impacting the quality of life of commuters and residents."

The report, which examined travel delays, collision trends and last-mile speeds across the world's major cities to analyze pandemic recovery on the road, found that the typical commuter lost $1,925 due to rising fuel prices. The congestion is estimated to have cost the city roughly $4.5 billion, WHYY reported.

Public transit use in the United States declined by more than 50% due to the COVID-19 pandemic, according to the report. Though its use picked up again by 33% in 2022 over the previous year, it still lagged behind pre-pandemic levels.

In Philadelphia, the pandemic exacerbated SEPTA's already declining ridership, which dropped drastically between March and May of 2020. By November of that year, the transit agency was facing a $400 million revenue shortfall. Ridership has gradually increased since mid-2020, but SEPTA has yet to fully rebound to its pre-pandemic ridership.

The agency has taken several steps to incentivize commuters to take public transit, including offering deals on weekly SEPTA passes, adjusting services to reduce costs and decreasing fares for certain routes. The city has also gotten involved in the effort to reduce traffic congestion, particularly in areas of Center City.

In September, the Parking Authority began partnering with SEPTA to enforce penalties for blocking designated bus lanes in an effort to allow SEPTA's buses to pass quickly without having to dodge car traffic. During enforcement blitzes, the city saw a 6.2% reduction in peak travel time along major corridors in Center City, and a 6.4% improvement in transit travel times during the same period.

The Office of Transportation, Infrastructure and Sustainability also painted the city's first red bus-only lane on Chestnut Street this summer in an effort to reduce traffic congestion and allow riders to make quicker trips without having to suffer through long stretches of traffic build-up.

The changes are part of a larger effort by SEPTA and the city to improve the city's public transit infrastructure and boost ridership, allowing more commuters to opt for SEPTA's services in lieu of driving. The plan incorporates SEPTA's Bus Revolution, a complete overhaul of the agency's bus system, though early stages of the plan have been met with backlash from some residents.

The Global Traffic Scorecard also examined road collisions and crashes, noting a rise in traffic fatalities during the COVID-19 pandemic. In Philly, fatalities reached a 10-year high in 2020 with 152 total deaths. Though that number dropped to 121 in 2022, non-fatal crashes are on the rise.

In an attempt to reduce road deaths and improve safety, many state and local transportation officials have eyed "Vision Zero" initiatives, which were first used in Europe in the 1990s. Philly's Vision Zero plan was released by Mayor Jim Kenney in 2017 as a way to eliminate traffic fatalities across the city by 2030.

The plan includes roadway improvements, expanded bike infrastructure and efforts to reduce speeding on dangerous corridors like the Roosevelt Boulevard. Though Philly's traffic fatality rate, which stands at 7 deaths per 100,000 residents, is the fourth highest in the country, Vision Zero aims to eliminate that rate and keep everyone from drivers to bicyclists safe when traveling through the city.