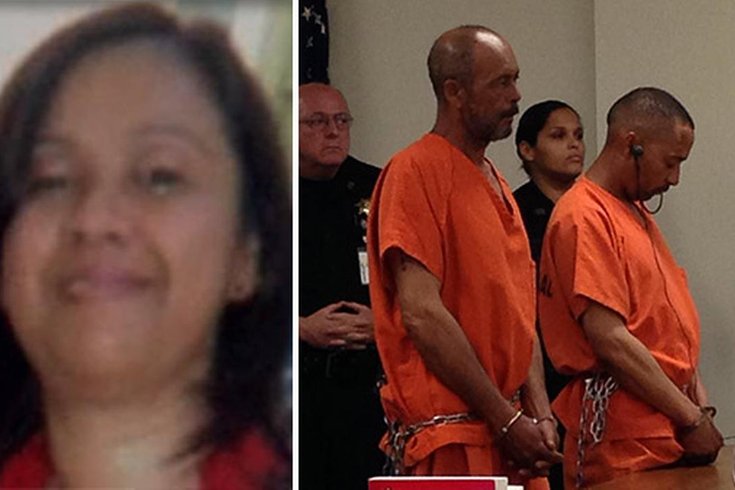 Two men have been indicted by a Grand Jury in the murder of a Camden Woman.
Camden residents Carlos Alicea-Antonetti, 37, and Ramon A. Ortiz, 58, were handed the five-count indictment of Murder, Kidnapping, Robbery, and two counts of Felony Murder on Wednesday in the death of 41-year-old Fatima Perez.
The news was announced in a press release from the Camden County Prosecutor's Office. The incident occurred in May of 2014, when the two men allegedly picked Perez up in a van, bounding her with duct tape and a blindfold before burying her alive in a wooded area near Clayton Road in Monroe Township, Gloucester County. According to the probable cause statement, the two men have given varying accounts of the incident.
Alicea-Antonetti and Ortiz remain in custody with bail set at $5 million each.