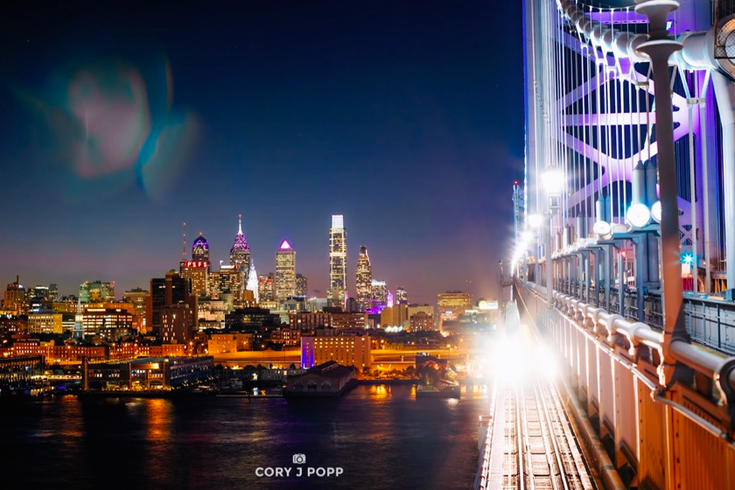 Anyone who has ever crossed the Benjamin Franklin Bridge or hopped the RiverLink Ferry back to Philadelphia from Camden knows how breathtaking it is to observe the approaching skyline from a distance of about two miles.

In the latest installment of videographer Cory J. Popp's 'Uncover Philly' series, we get a sequence of glistening views of the Camden waterfront with Philadelphia serving as a majestic backdrop. Popp explained the explained the experience in a post accompanying the video:

Last week I took a quick, but exhausting bike ride over the Benjamin Franklin Bridge to spend the evening along the Camden Waterfront, which provided some of the best skyline views of Philadelphia I've ever captured.

This was actually my first time on Camden's Waterfront. Somehow I had gone years without knowing it existed, and I know I'm not alone, after all, it is a pretty long trek.

Check out the video below.

In the coming years, Camden residents and visitors alike will be able to take in the stunning cityscape from several new vantage points.

In September, Liberty Property Trust announced a massive $1 billion Camden waterfront development plan, the largest private-sector investment in the city's history. The project will encompass up to 1.7 million square feet of office space stretching along 16 acres of waterfront, plus a hotel, retail and residences. Expected to break ground late in summer 2016, the development will create thousands of jobs for construction workers and an influx of permanent positions in Camden.

Meanwhile, across the water, the Delaware River Waterfront Corporation announced this week it has selected two developers for a 9.5-acre project at Spring Garden Street and Columbus Boulevard, including 550 apartments, retail space and public grounds.

The historic connection between Philadelphia and Camden continues to deepen through the waterfront developments and annual events like the Tall Ships festival.

Next time you're in Camden or stuck in traffic on the Ben Franklin, take a deep breath and enjoy the view.

Photographs from the 'Uncover Philly' series can be purchased at Cory's Etsy page.