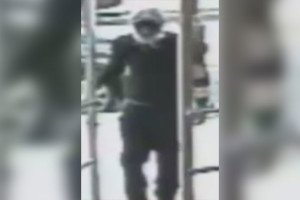 The Philadelphia Police are seeking help to identify this man, who police said, robbed a Hartranft grocery store on Dec. 21.

The Philadelphia Police are hoping the public can help identify an armed gunman who robbed a grocery store on Germantown Ave. in the city's Hartranft neighborhood on Dec. 21.

According to police, on that day at about 12:33 p.m., a gunman rushed into Murrays Germantown Food Market, located at 2615 Germantown Avenue, and held a gun on the 18-year-old female employee working at the cash register.

The man, described by police as being a black male about 20 years of age, with a thin build and wearing a Nike hooded sweatshirt and black shoes, at the time of the incident, aimed a handgun at the employee without saying anything.

Police said the employee gave the gunman an undisclosed amount of money and he fled north on Germantown Avenue.

No injuries were reported during this incident, police said.