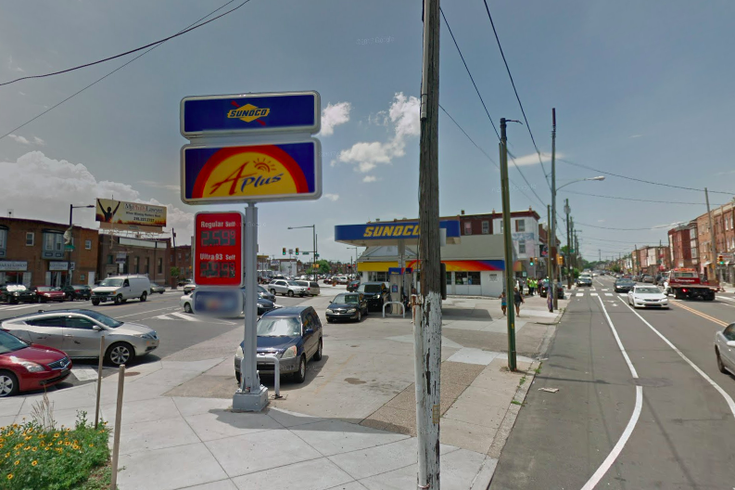 Here's a shot of my neighborhood Sunoco APlus convenience store in South Philly.

Above all those rivalries, there's Wawa vs. Sheetz, the most intense debate in the Commonwealth of Pennsylvania.

As if the debate couldn't get any more insufferable please make it stop intense, a filmmaker is working on a documentary to settle the score once and for all. Hank, of Hank's Take on FOX29, even has one of his patented takes on it. You know this is serious business!

Well, excuse this bombshell of truth, but both are vastly inferior to the gas station convenience store chain that's more Pennsylvania than William Penn himself. As someone who was born/raised/live his entire adult life in (remember to insert name of Pennsylvania hometown here), I should know.

Any true Pennsylvanian — from Philly to Pittsburgh — knows I gotta have my Sunoco APlus convenience store!

I remember as a child my grandfather tossing me a roll of nickels to walk down to the neighborhood APlus where I'd eagerly order two hot dogs cooking around on those weird, rolling, food warmer things. Made to Order? More like already ready to go!

In college, a long night cramming for the big final wasn't complete without a handful of snacks and one of Sunoco's famous strombolis — yes, APlus stores actually sell stromboli.

And don't talk to me in the morning until I've had my 16-oz. cup of Hyperbean roast to get the ol' noggin up and running. Cold brew? Yeah, no thanks. I'll stick with my classic red and orange Styrofoam cup, which you have to fill with milk via those milk pump machines. Everyone loves the milk pump machines.

In addition to the food, what's more Pennsylvania than reminding everyone you are, in fact, in Pennsylvania? Stop in any APlus convenience store along the Pennsylvania Turnpike, and you'll see merchandise for sale that'll make you proud to be from the Keystone State, with T-shirts that say "Pennsylvania" and travel mugs that say, you guessed it, "Pennsylvania?"

Plus, if you’re a Birds fan like me, Sunoco is the place to be. When the Eagles won the Super Bowl, did Philly riot and loot in a Wawa? Nope, they did so in an APlus.

Still don't agree? Just check social media. A recent "analysis" found Sheetz to be more popular than Wawa on Twitter. Tell that to these Philly celebs, whose tweets here are very much real things they actually tweeted, and not fake tweets I generated through a prank website.

When it comes to Pennsylvania's favorite convenience store, it certainly can't be the one I had to get drunk to enjoy and has a secret menu consisting of a total of two items. And it's definitely not the one that puts a chicken finger in a tortilla and calls it a day.

Nope. Real Pennsylvanian knows: I gotta have my Sunoco APlus!