We're weird in South Jersey – and damn proud of it

Weird is just who we are. We're OK with that

We embrace our unique weirdness in South Jersey.

It's just who we are.

We're OK with it.

From strange burial places to blue holes to the Jersey Devil, we indulge in strange:

PROUD TO LIVE HERE (AND NOT IN THE NORTH)

1. First, and most importantly, South Jersey isn’t North Jersey. Or Metro. Or, most of all, not New York. We’re proud of that, and live here because we choose here. 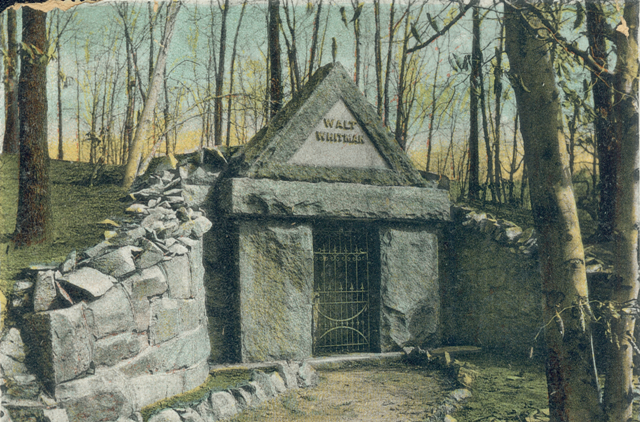 Legendary poet Walt Whitman built his own tomb in the city of Camden.

America’s greatest everyman poet, Walt Whitman, left New York and bought his only permanent home in South Jersey's Camden. He summered in South Jersey’s Laurel Springs. He’s buried in the prettiest part of Camden, forever at rest in a vault he designed for himself. He’s even got a whole badass bridge named for him, allowing Pennsylvanians to visit South Jersey.

On the other hand, consider the best-known poet of North Jersey, William Carlos Williams. A resident of Rutherford and pediatrician in a Passaic hospital for 39 years, all he’s got is a brass plaque in a dingy hallway.

We would never have done that to Walt, though god knows, we built a prison across the street from his house. 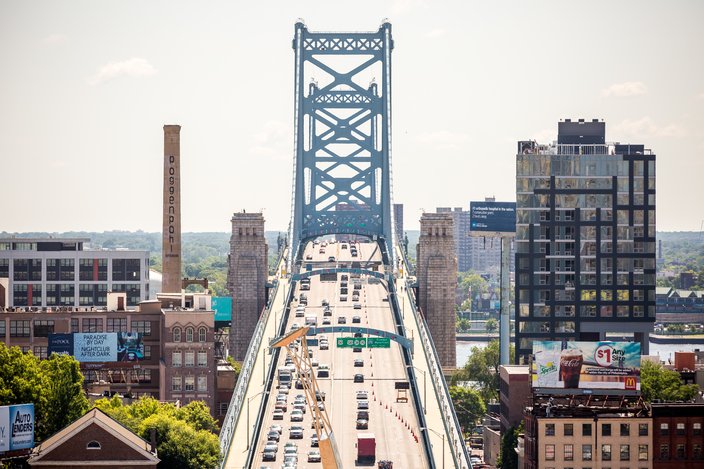 A BRIDGE (AND WORLDS) AWAY

At the same time, we usually tell folks we’re from Philly, because who the hell knows where Woodlynne Borough is located, even if you also live in Camden County?

Exurbs with character are us. And that’s entirely cool with us. 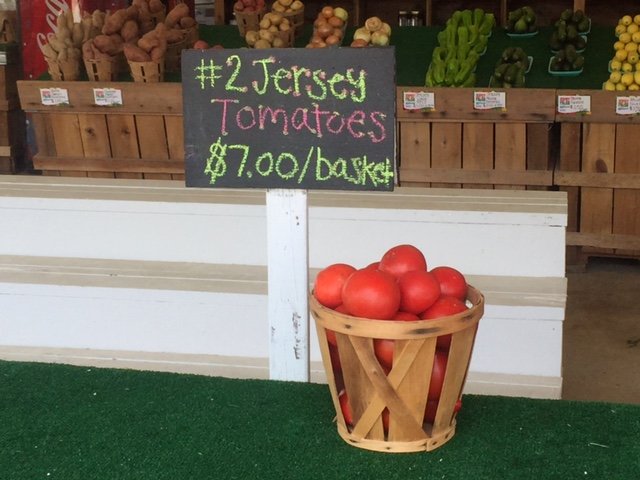 Jersey-grown tomatoes at a farm stand.

3. We love our farm stands and farm markets.

They dot towns like Winslow, Elk Township, Collingswood, Berlin, Columbus, Hammonton, and dozens more. Even the Atlantic City Expressway has a farmstand – with tomatoes, blueberries, strawberries and corn.

WE WALK THE 'WALK

4. The boardwalk is ours. We made it. Jersey invented the boardwalk. In 1870. In Atlantic City. It is four miles long.

You can look it up.

When Disney World recreated a boardwalk, they high-jacked Atlantic City’s.

Oh, and there’s boardwalks in Ocean City, Wildwood and the Cape May promenade, as well as some smaller examples.

Boardwalks elsewhere? Get in the back of the line.

Walkways in northern New Jersey? With the exception of Seaside Fights – or is it Heights? – many really aren’t boardwalks; more like boat docks or paving stones plunked in the sand. Kinda sad.

There is just no contest. Boardwalks make South Jersey unique. 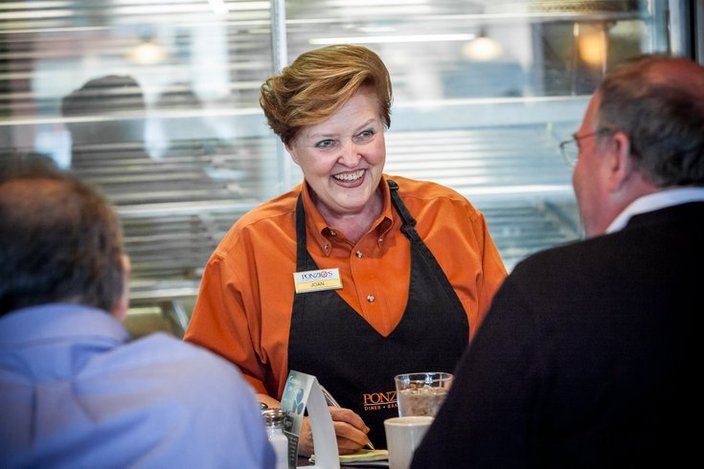 Diners such as Ponzio's are a classic part of Jersey culture.

LAND OF THE DINER

Alright, North Jersey may have us on this one, but South Jersey has more than a few special ones. And overall, Jersey kills this category compared to the other 49 states.

Locally: Ponzios in Cherry Hill, Vincentown Diner, Chicken or Egg in Beach Haven during the summer season, Point Diner in Somers Point, the Pic-a-Lilly in Shamong, a classic roadhouse dive, and so many more. 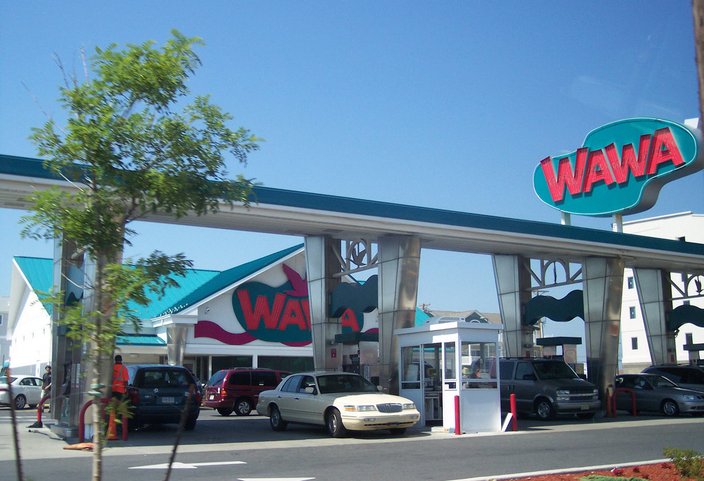 WHAT'S GOOD FOR THE GOOSE

OK, so the first store opened in delightful Delco’s Folsom, in 1964, but the company began in South Jersey. In 1803! In 1865, it was chartered in a South Jersey town named Millville. Wawa was, in fact, the Millville Manufacturing Co. until 1974.

There's no argument. Wawa is us.

SPEAK (WELL) OF THE DEVIL

Tales of encounters with JD are legion, from Navy hero Stephen Decatur firing a cannonball at the creature to a member of Napoleon’s family encountering the devil in Bordentown, Burlington County.

Really, what other state has a sports team named for a mythical creature? Even though the hockey team plays in Newark, the team is named for a critter from the piney woods of South Jersey,.

Oh, and members of the Devil’s family, the Leeds, still live among us. Can't say that for Pennywise.

NOT GIVING UP THE GHOST

8. Ghosts are just part of our South Jersey culture.

And not just politician's ghost employees, though we've had those, too. (See especially Atlantic City: "Boardwalk Empire" is based on history.)

Camden City Hall, naturally, is said to be haunted, as are the Dennis Hotel section of Bally’s in Atlantic City and Absecon Lighthouse. Tales of ghosts are such a fixture in Cape May that they are included on several historic tours.

We like our ghosts. Overall, they are less annoying than shoobies and take up less parking space.

SIX FEET UNDER THE INFLUENCE

9. We’re down with weird cemeteries.

Finns Point National Cemetery in Pennsville, deep in Salem County, tops the list, with the restless souls of Confederate soldiers shaking things up from time-to-time. They died while held as prisoners. There are even graves of 13 Germans who died as POWs at Fort Dix during World War II. It's also the place where caretaker William Reese was killed by Andrew Cunanan in 1997. Cunanan's cross-country murder spree started in Minneapolis and ended in Miami, with the murder of fashion designer, Gianni Versace. But for some odd reason, the serial killer stopped en route at Finns Point.

But for max weirdness, we’re proudest of the tombstone of Mattie Brown, plunked down near the Egg Harbor Township Police Department in Atlantic County. The stone was evidently discovered on a farm, but not at a graveyard. Township workers apparently placed the stone near the cop shop. 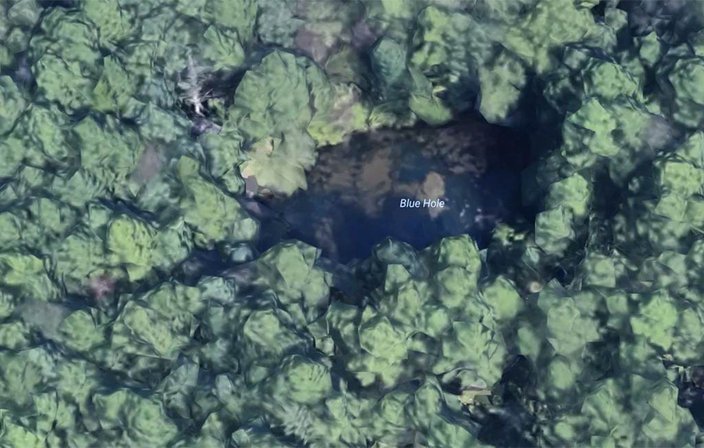 Blue Hole is popular with visitors engaging in illegal activities, according to Winslow Township police.

SO BEAUTIFUL, THEY'LL KILL YOU

10. When not downashore for a swim, we gravitate to mysterious and often deadly blue holes. Never heard of a blue hole? You must not be a South Jerseyan.

Blue holes are abandoned sand or gravel mines. The bottoms drop way quickly and below the surface water, the deep water is often numbingly cold, sometimes in the 50s while surface water is in the 70-degree range.

Flooded sandpits, as they are also called, dot the Pinelands. One of the easiest to see from above is a blue hole near Atlantic City International Airport.

Blue holes are beautiful. And deadly.

And right at home in South Jersey.