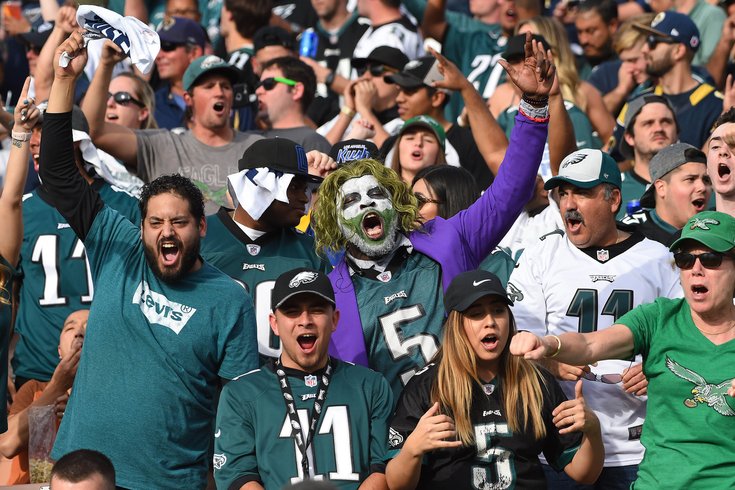 For our second-to-last edition of What They're Saying about the Eagles, I was going to keep a heavy focus on the Xs and Os of Sunday night's Super Bowl between the Birds and Patriots. After all, that's how the game will be decided.

But is that what Eagles fans really want to read on the day before the big game? I'm thinking not, especially considering that we've had two weeks of people analyzing and dissecting the game in every way possible. At this point, what's really left to be said?

Then I saw the latest Eagles' hype video and dear lord, just when I thought they couldn't get any better...

If you've been following their official accounts on social media, you've likely seen some of their other videos, and each one has been better than the one before. After that, I can't wait to see what they have in store for Sunday.

That being said, the team isn't the only one helping fans get ready for – and pass the time until – Super Bowl LII. The fans have been showing off their video skills as well, and if you aren't searching YouTube looking for them, you probably wouldn't get a chance to see them before kickoff.

I've scoured the interwebs for some of the best hype videos that are out there, including the ones that the Eagles have produced. And while the 35-plus videos I came up with aren't enough to fill all the time until the game starts, there's more than enough to watch one every hour until kickoff.

Also, there's no rule saying you can't watch them over and over again. Enjoy.

[WARNING: Some of these videos contain NSFW language.]

One game to be a part of forever.#SBLII | #FlyEaglesFly pic.twitter.com/Quj39JhT9C

Of course, there were more than a few Rocky-inspired videos...

That wasn't even the only "Rocky IV" video...

And then there were some Star Wars mashups, starting with this trailer starring Nick Foles as "The Last QB" (from back when Carson Wentz first went down):

And here's the Super Bowl version of that, which takes on another Star Wars film, "The Force Awakens."

On Friday night, the Sixers even got in the mix by splicing Eagles highlights into their pregame intro music:

MORE FROM THE FANS

Mac finally got to hang out with Chase Utley. I have a feeling their relationship is going to be a home run.

The Eagles announced that they're going to come out to Meek Mill's "Dream and Nightmares (Intro)" on Sunday night. Here's a hype video set to the team's unofficial theme song:

And here's one without the curses edited out: