‘Tarzan’ among new titles coming to Disney+ in June 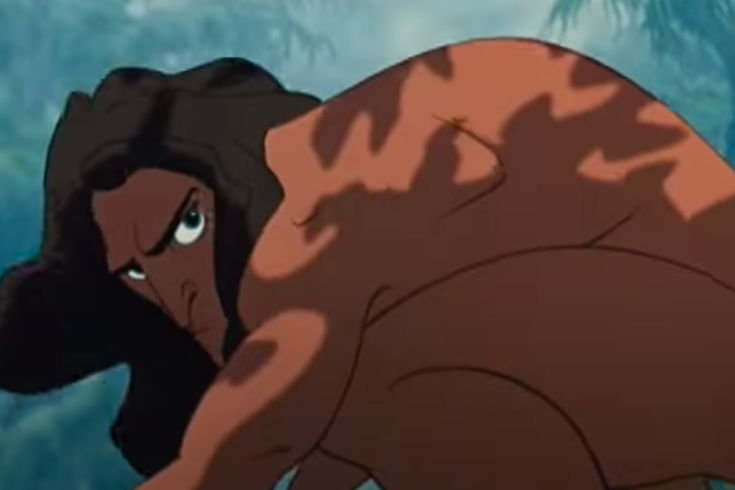 "Tarzan" will finally make its debut on Disney Plus in June.

Disney+ has unveiled its list of new movies and shows that will become available on the streaming platform next month, one of which is the animated classic “Tarzan.”

The 1999 film, which is based upon the novel “Tarzan of the Apes” written by Edgar Rice Burroughs, stars the voices of Tony Goldwyn, Minnie Driver, Glenn Close, Rosie O’Donnell, and Wayne Knight. The movie grossed $448 million worldwide at the box office in 1999.

Phil Collins’ hit song “You’ll Be In My Heart” earned the film both an Oscar and Golden Globe Award in 2000, and the movie’s soundtrack garnered it a Grammy Award too. The film becomes available on Disney+ on June 26.


Other notable titles coming to Disney+ in June include “Artemis Fowl,” “Avengers: Infinity War,” and the first season of the classic television show “Schoolhouse Rock.”

“Artemis Fowl” was expected to make its debut on the big screen on May 29, but the Kenneth Branagh-directed adaptation of the science fantasy novels will be going straight to streaming due to the coronavirus pandemic. The film, which stars the likes of Colin Farrell and Judi Dench, debuts on June 12.

“Avengers: Infinity War”, which will arrive on the streaming platform on June 26, is the latest Marvel movie to join Disney+.

Below is a complete list of every show and movie arriving to Disney+ next month.

Man in Space
Mars and Beyond
Percy Jackson and the Olympians: The Lightning Thief
Raven's Home (Season 3)
Tarzan
Tarzan II
Into the Unknown: Making Frozen 2 (Season 1)
It's a Dog's Life with Bill Farmer (Episode 107)
Disney Family Sundays (Episode 134)
One Day at Disney (Episode 130)