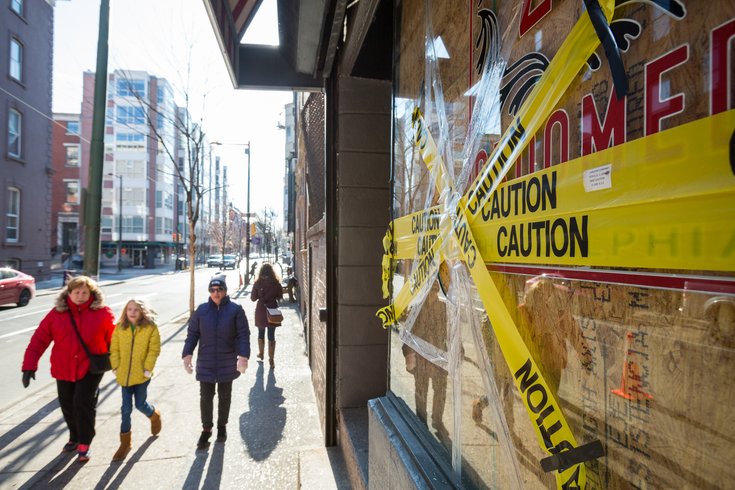 The front window at the 2B Groomed Studios barber shop on South 11th Street remains boarded-up Wednesday, Dec. 27, 2017, after being vandalized on Christmas.

Several business owners in Center City awoke the day after Christmas to find holes smashed through their windows.

Police say they responded to a report of vandalism in progress on the 1100 block of Flibert Street on Tuesday. The person who filed the complaint said nine windows had been broken.

One person is in custody. Police did not provide further details.

Resident Chris Balbi posted a photo from a neighbor that showed the shattered glass windows of 2B Groomed Studios, a barber shop, and Wolfson Wellness, a chiropractor.

Both businesses are located on the 200 block of South 11th Street, about four blocks south of where the initial incidents were reported. No one was available to speak at either business Wednesday afternoon.

Balbi, who lives near the corner of 11th and Spruce, told PhillyVoice he went outside Tuesday morning after his boyfriend told him the street was "destroyed." 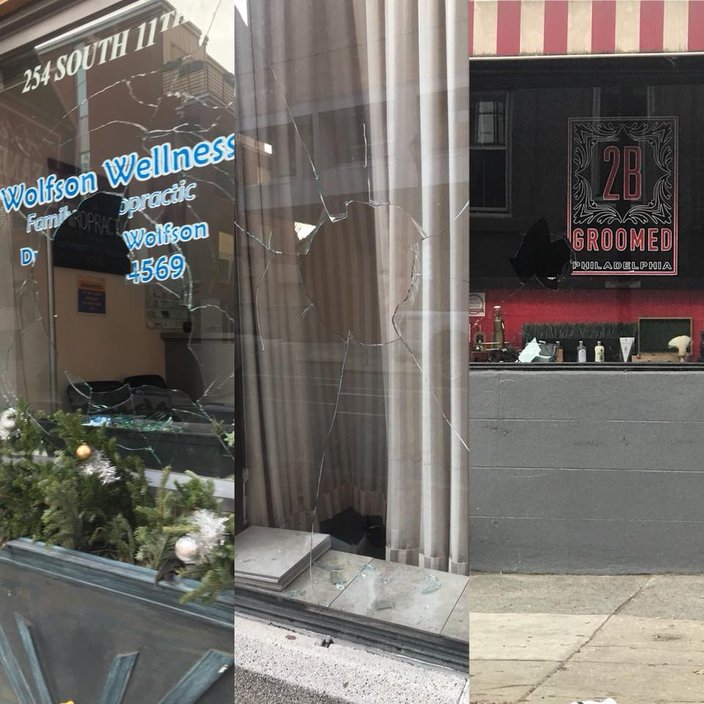 He walked down 11th to Chestnut and said he saw at least 11 small businesses with their windows broken.

"It sucks because it happened in the winter," Balbi said. He runs a small business of his own, and said shelling out thousands of dollars to replace a window is quite a hardship on the store owners.

"I feel like its something that's super tough," he said.

Posts from the Washington Square West Civic Association relayed information about the nature of the alleged vandalism, including info on the suspect and the extent of the damage, although police would not confirm the claims in those posts.