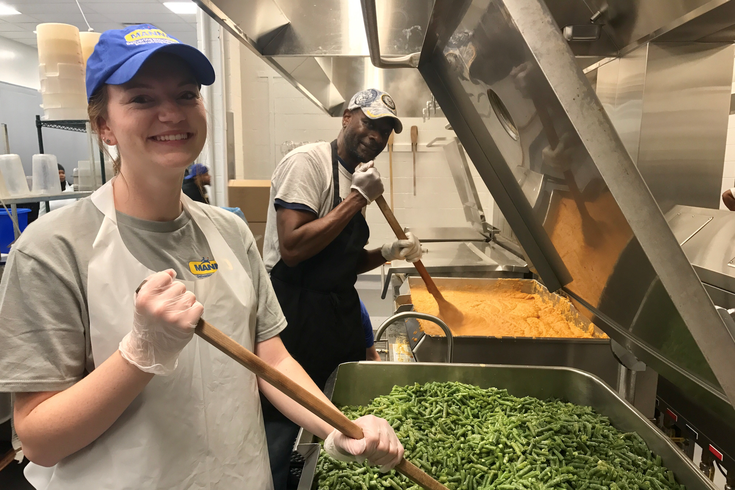 MANNA delivers 95,000 meals a month to those struggling with diseases.

Throughout the greater Philadelphia region, there are thousands of people with life-threatening illnesses that don’t have access to nutritious meals. They are often isolated and left to battle their illness alone with little to no support from family or friends.

Fortunately, there’s an organization in Philadelphia providing these individuals with the emotional and nutritional support they need. MANNA, with a staff of 30 working out of a commercial kitchen, uses its fleet of trucks to deliver 95,000 meals a month to those struggling with diseases – all free of charge. That’s three meals a day, seven days a week, 52 weeks a year.

This service is only possible because of the donations received from supporters throughout the region. In August, TD Bank, as part of their Bring Change community fund-raising program, will be collecting donations for MANNA at 15 store locations in the area. It takes just $35 for MANNA to produce seven meals for the community. With your donations, as well as a generous contribution made by TD Bank, a significant impact will be made in the lives of those in need.

Stop by any of the following TD Bank locations from Saturday, August 5 through Friday, August 11 to make a donation to MANNA:

To make an online donation to MANNA, visit the organization’s website here.