A-Treat has a buyer in Lehigh Valley developer 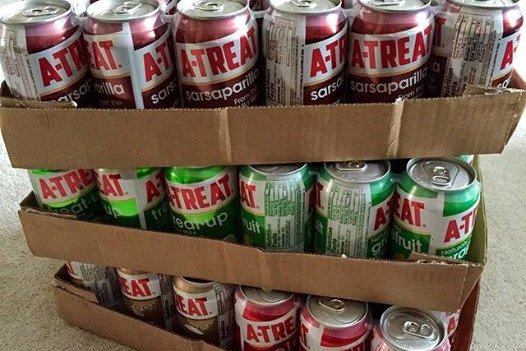 A-Treat soda has a buyer after closing earlier this year and reports of deal to save it that never existed.

The Allentown-based beverage company will be bought by Lehigh Valley developer David Jaindl's company, known for its turkey farms and real estate, according to The Morning Call.

Jaindl has reportedly struck a deal with the Coca-Cola Bottling Company of the Lehigh Valley to help with packaging A-Treat's sodas.

The price of the deal was not disclosed. Gained told The Morning Call that he intends to try and keep the company's roots in the Lehigh Valley and retains as many A-Treat employees as possible.

The company had announced in January that they were closing up shop after 97 years. In June, a reported deal with another Lehigh Valley company turned out to be nonexistent, according to A-Treat president Thomas Garvey.

According to The Morning Call, Jaindl says that sodas should be back on the shelves by early fall. Read more here.