Comic Aparna Nancherla puts herself out there 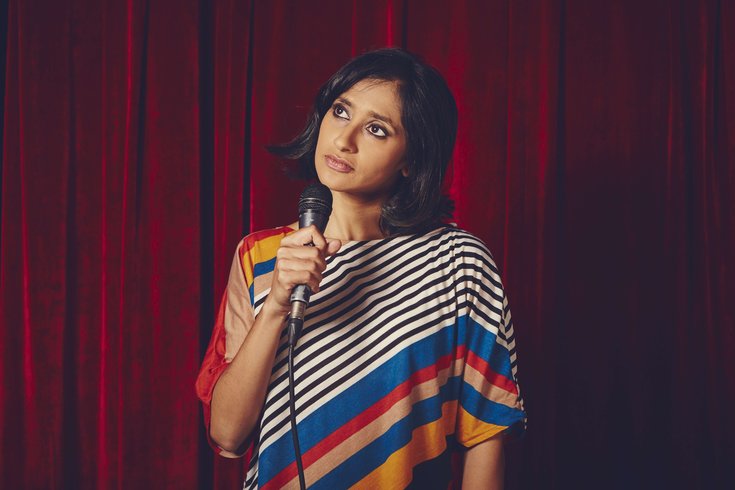 “That was a joke, I might do a couple of those.”

Forty-nine percent self-deprecating slacker (her boyfriend is a houseplant), 51 percent hopeless romantic (at least he reminds her to drink water), Aparna Nancherla gets you to laugh at her almost as much as with her.

It’s true that most write-ups about Nancherla tend to focus on depression and anxiety — to be fair, she does tweet about both pretty often — but that might make it sound like she’s a bummer. Far from it. Her standup act is … really funny. I was going to write “fairly upbeat,” but that’s overstating it. She can be a bummer sometimes, but in a good way.

Her first record, "Just Putting It Out There” dropped earlier this month, the first release on Tig Notaro’s new Bentzen Ball Records label. Nancherla, who wrote for "Late Night with Seth Meyers," currently stars in the hilariously off-kilter web series Womanhood with Jo Firestone. Check it out, then check out her show at Punch Line on Saturday.