Aramark to light up sign at new Philly headquarters tonight 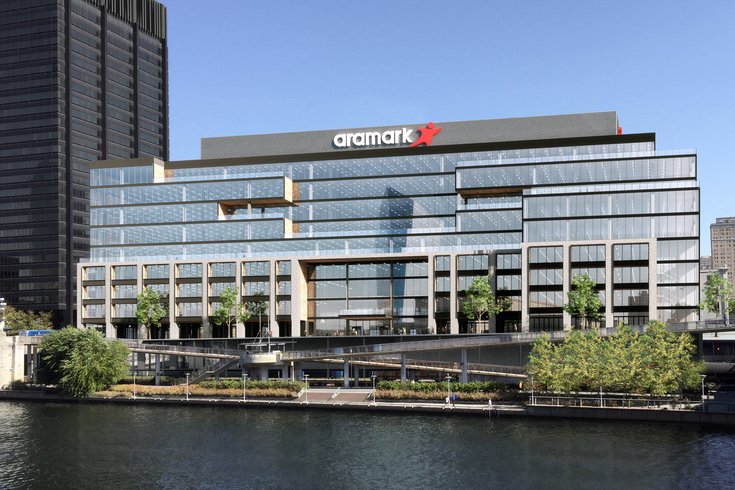 Courtesy of Aramark /for PhillyVoice

A design drawing of what the new Aramark building coming to the shores of the Schuylkill River will look like.

Two years after it revealed plans to relocate along the banks of the Schuylkill River, Aramark will hit the switch on the lights to its sign at 2400 Market St. tonight.

The global food service provider, based in Philadelphia for nearly 60 years, has completely overhauled the riverfront building located between Market and Chestnut Streets.

For years, Aramark's sign has been a fixture in the Center City skyline from atop the building at 11th and Market streets, where its lease expires at the end of this year.

The company will soon occupy the top five floors of the new building along the Schuylkill River, while the lower levels will be held by tenants including lifestyle brand Fitler Club and Boston-based brew-your-own-beer brewery and restaurant  Hopsters.

Formerly the Marketplace Design Center, the building was iconic to drivers traveling to and from Center City on I-76, who enjoyed a view of muralist Wyland's local "Whaling Wall" project, painted onto the facade in 1993.

Aramark plans to move 1,200 employees into the new space over the next month. The structure, designed by architecture firms Gensler and Varenhorst, includes more than 8,000 square feet of outdoor terraces and a promenade overlooking the Schuylkill River Walk.