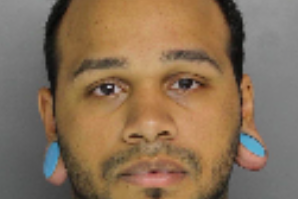 Bensalem Police arrested and charged a Philadelphia man Thursday in connection with the alleged sexual assault of a 14-year-old girl earlier this month in a wooded area behind the Neshaminy Plaza Shopping Center.

According to authorities, 20-year-old Calvin Bridges, a resident of the 2600 block of Emerald St. in Philadelphia, arranged a meeting with the 14-year-old victim at the Neshaminy Mall on March 6 before leading her to the wooded area behind the shopping center, where he allegedly sexually assaulted her against her will.

Investigators say Bridges first established a relationship with the victim in February at the Neshaminy Mall, exchanging contact information with her and beginning a dialogue on social media. Those interactions led to the arrangement of the meeting on March 6.

Anyone with information relating to this investigation or Bridges is asked to contact Bensalem Police at 215-633-3719.