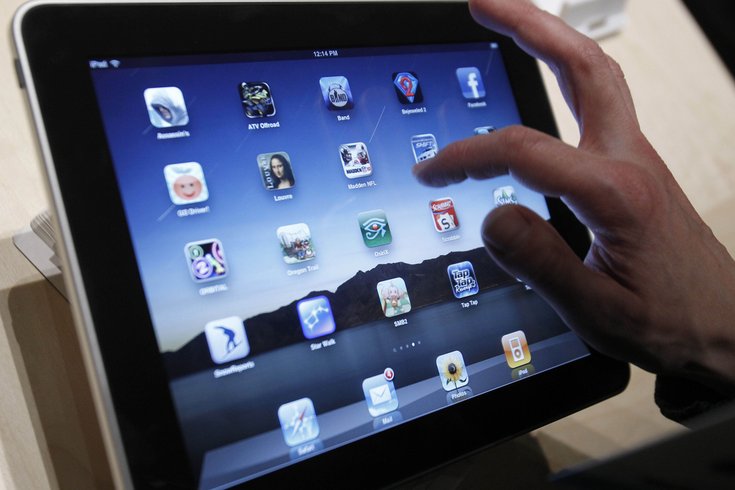 In this Jan. 27, 2010 file photo, the iPad is shown after it was unveiled at the Moscone Center in San Francisco.

Selfies taken on a stolen iPad were used to identify and arrest a couple on burglary and theft charges in Camden County on Wednesday, Evesham Township police said.

On Oct. 13, a woman reported that her iPad had been stolen from her unlocked vehicle while parked outside the Starbucks at 300 S. Route 73.

She reported that photos of an unknown male and female began appearing on her iCloud account. Police said investigators were able to use the selfies to identify the couple in question.

The Voorhees Police Department arrested both suspects on Wednesday, and officials said they recovered the stolen iPad.

The suspects were identified as Voorhees residents Lawrence Segers III, 38, and Katovia Williams, 26.

Both were charged with third-degree burglary and fourth-degree theft and are lodged in the Burlington County Jail in default of bail.