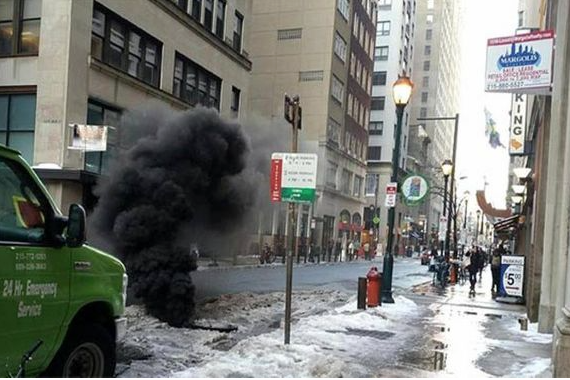 A Center City building was evacuated after high levels of carbon monoxide were detected.

According to ABC 6, witnesses reported two explosions and a manhole cover blowing off into the street.

The evacuation occurred at approximately 5:40 p.m. on the 1500 block of Market Street.

No injuries were reported and no customers have lost power. The cause of the explosion remains unknown.