Mother failed to report her toddler's injuries for about 11 hours 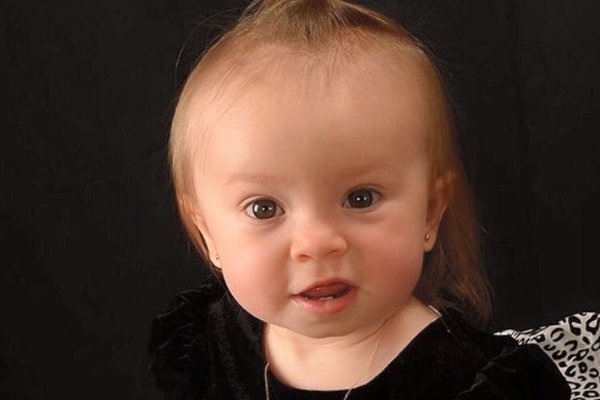 Ariana Smyth was sexually assaulted and brutalized, allegedly by a recent boyfriend of her mother. The couple were in court Friday, him for sexual assault and murder charges, her for endangering the welfare of a child. The mother did not report her child's injuries for about 11 hours.

A mother and her boyfriend have been arrested in connection with the death and sexual assault of a not quite 2-year-old Gloucester City girl, officials announced on Friday.

Camden County Prosecutor Mary Eva Colalillo filed charges on Friday against the couple, who had dated for just two weeks.

Michael Disporto Jr., 22, of Manahawkin, was charged with murder and aggravated sexual assault of Ariana Smyth, according to the South Jersey Times. His bail is set at $1.5 million.

He faces a mandatory sentence of life in prison without parole because of state law regarding murder convictions connected to sexual assault.

The girl's mother, Amber Bobo, 26, was charged with endangering the welfare of a child; she was aware of the child's injuries but did not call for medical help for 11 hours. She is jailed. Bail was set at $100,000.

The assault happened overnight between July 2 and July 3.

The child was wrapped in a blanket and on a couch -- not where she usually slept -- when Bobo woke up on July 3 at around 7 a.m. The child was in different clothing from the night before and had noticeable bruises on her head.

The child began vomiting during the course of the afternoon. Her eyes rolled back and she seemed to lose consciousness. When Bobo finally said she was calling for help, Disporto said he would stop dating her.

Medics arrived on the 100 block of South King Street and discovered the injured girl. The victim was rushed to Cooper University Hospital. She was pronounced dead two days later after being taken off life support.

Medical personnel found the child had bruising on her head and back, bleeding and fluid on her brain, bruising and swelling consistent with sexual assault in her genital area, a broken arm, bruising and fluid in the lungs and both blood and urine in her abdomen.

Doctors performed emergency surgery, but no brain activity was detected.

Prosecutor Christine Shah was visibly shaken when she presented the facts of case in court on Friday afternoon, the South Jersey Times has reported.

"This case is every parent's worst nightmare, to have a child stolen from their own bed and then victimized by an adult in the most despicable way imaginable," said Shah. "There is no more serious crime than this."

A "GoFundMe" account -- Angel's for Ariana -- has been set up to allow the child's father, Rob Smyth, who did not live with Bob, to pay expenses. To donate, click here. A vigil was held Friday evening

The investigation is ongoing. Anyone with information is asked to contact Camden County Prosecutor’s Office Detective James Brining at (856) 225-8439 or Gloucester City Police Detective Joe Hopkins at (856) 456-0408.