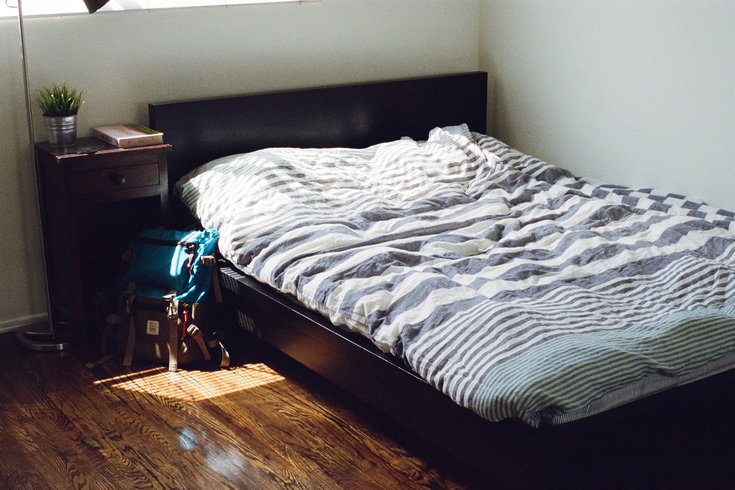 A Delaware woman discovered a strange bedfellow in the middle of the night in the form of a tipsy college student, according to police.

The woman, 36, jumped out of bed around 2 a.m. Friday when she awoke and found an unknown male lying next to her at her home on the 300 block of Delaware Circle in Newark, authorities said.

She called 911 while the man, apparently intoxicated, said that he lived there before running down the stairs and bolting out the door, police said.

Officers who responded to the scene said they found a window air conditioner that had been removed and damaged.

They also said they found shoes, a cell phone and a wallet containing an ID for one Andrew Koster.

Turns out Koster, 21, a student at the University of Delaware, lives on the same block, according to police.

He's been charged with trespassing and criminal mischief and is currently awaiting arraignment.

Police said a photo of Koster was unavailable.