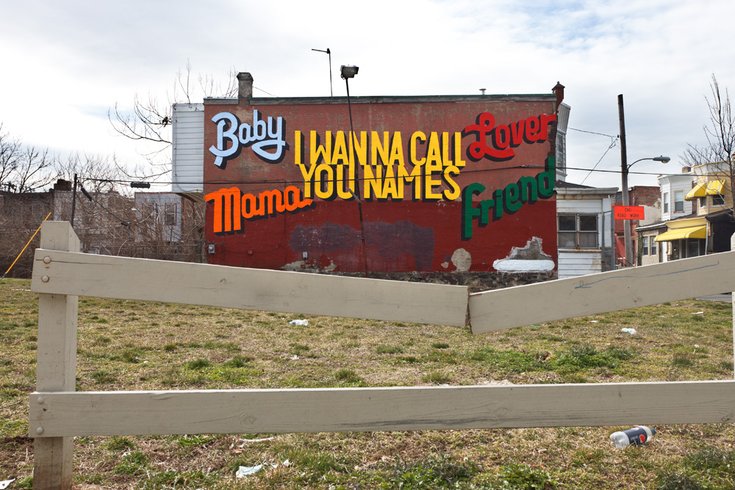 The mural "I Wanna Call You Names" in the "A Love Letter For You" mural series.

A middle-aged couple escaped fatal injury early Wednesday morning after the collapse of their home on South Ruby Street near Cobbs Creek in West Philadelphia.

The couple were in the living room during the collapse. The woman, who was reportedly stuck between the banister and the rubble, was helped to safety after a nearby group heard her screaming.

The house, though originally built in a series of row houses, stood alone next to a vacant lot. The wall and partial roof collapse spilled the house and its contents into the adjacent lot.

2 people escape house collapse in West Phila, as it destroys their home & rips apart a mural alongside the building. https://t.co/6QszsXNhb8 pic.twitter.com/UyQ6Zo7lZ2

The building sat very close to the Market-Frankford Line, and the collapsed wall was a canvas for one of the dozens of murals scattered from 45th to 63rd streets along the Market Street corridor. The series, crafted by artist and West Philly native Steve Powers, called “A Love Letter For You,” was designed with a total of 50 murals and executed through Mural Arts.

The series has one less mural to its name today as the piece, titled “I Wanna Call You Names,” collapsed with the fall of the building.

The couple residing in the building did not sustain serious injury or need to be hospitalized, reports say. After the individuals were helped to safety early Wednesday, the building collapsed more after sunrise, Philly.com reported.