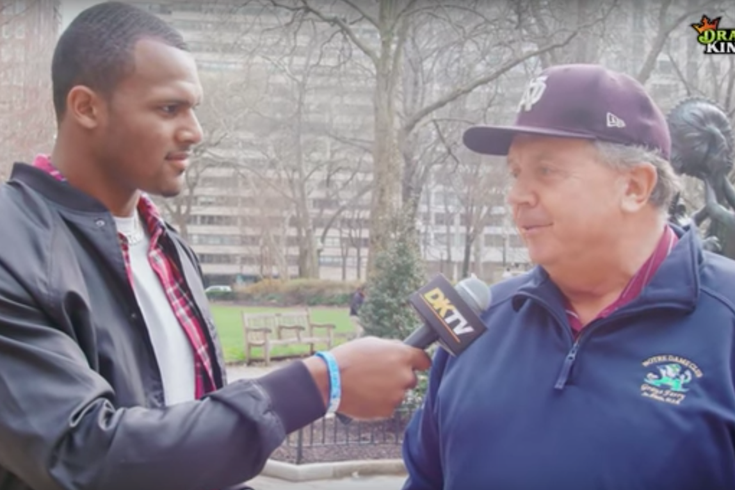 It remains to be seen exactly where Deshaun Watson is drafted this week in our wonderful city — Mel Kiper and Todd McShay have him pegged at 7th and 12th overall, respectively — but it’s probably fair to say that the Clemson quarterback is the most famous player in the 2017 NFL Draft (Leonard Fournette and Christian McCaffrey might have arguments). That is what tends to happen when you play quarterback in two consecutive national title games, winning one in thrilling fashion.

Still, it doesn’t guarantee that every Philadelphian (or even most) recognizes him walking on the street. We learned this from DraftKings sending Watson into Rittenhouse Square to ask questions about, well, DeShaun Watson.

Not too many people picked up on that little detail, whether they were complimenting Watson, questioning him, or even proclaiming that most drafted players will be selling Christmas trees by the time December rolls around.

You can check out the full video here: