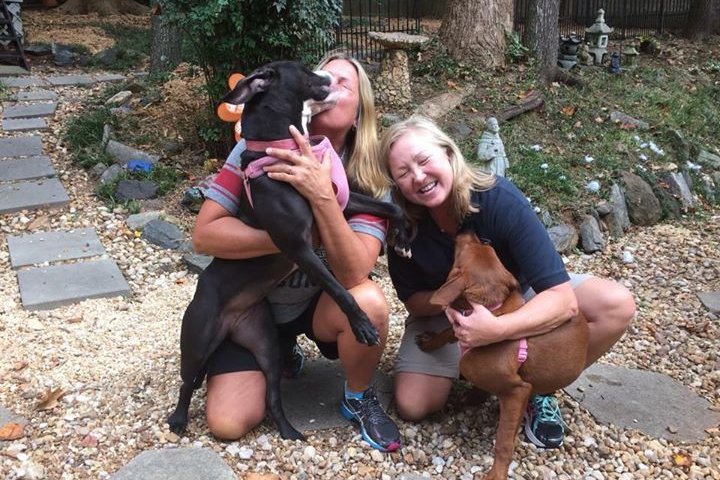 Angels Among Us Pet Rescue/Facebook

Keira and Kala have been adopted by two lifelong friends and roommates.

The two dogs who were saved from euthanasia this summer thanks to a viral photo of them "hugging" have officially been adopted, Angels Among Us Pet Rescue announced in a Facebook post this week.

Angels Among Us Pet Rescue posted the "hugging" photo, which they received from Malena Evans at an animal shelter in Atlanta, on their Facebook page in July. Accompanying the photo was a plea for help from one of the dogs.

The photo quickly went viral on social media, and just over two hours later, the dogs had been saved. They were put into a foster home until they could be adopted.

Now, longtime friends and roommates, identified as Wendy and Pam by Angels Among Us Pet Rescue, have officially adopted the famous hugging dogs, Keira and Kala. 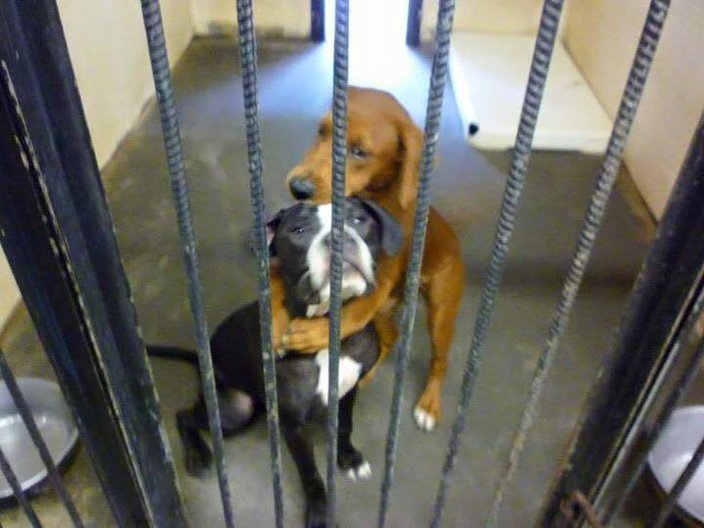 This viral photo saved the lives of the two adorable dogs. (Malena Evans/Angels Among Us Pet Rescue Facebook)

"After looking everywhere for our new family, they found us!" Angels Among Us Pet Rescue wrote in a post announcing the dogs' adoption. "We never gave up hope and our foster mommy Cris said that the perfect people were out there. Now we get to hug them all the time!"

Kala, an 11-month old hound mix and Keira, a 15-month old boxer mix, have found their forever home in Georgia with Wendy and Pam. Wendy had recently lost her two elderly dogs when she saw the People story about the hugging pups and realized they were still available, Angels Among Us said.

"It just fell together," Wendy explained. "We turned our tears into smiles with these two young, playful dogs."

Wendy says they are putting together a special Facebook Page so people can follow Kala and Keira's story. They also hope to raise additional money to help Angels Rescue save other dogs in Georgia’s high-kill shelters.