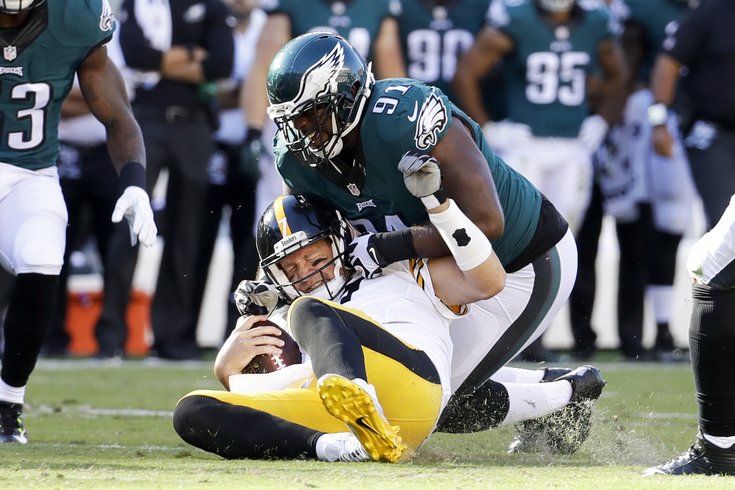 Fletcher Cox tried to eat Ben Roethlisberger's face last Sunday, but his facemask got in the way.

Fletcher Cox is one of the elite defensive players in the NFL, and he was rewarded as such for his play over the first three weeks of the season, as he was named the NFC Player of the Month for September.

A season ago, Cox had 71 tackles, 9.5 sacks and three forced fumbles as a defensive end in a two-gapping style defense that typically hinders statistical accomplishments.

In the Eagles' new 4-3 scheme, Cox has more leeway to attack upfield and go after the quarterback from his new defensive tackle position, and he is taking advantage. Through the first three games, Cox has 11 tackles three sacks, six hurries, a forced fumble, and countless other plays in which he was disruptive on the interior of the Eagles' defensive line.

Back in June, Cox signed a six-year, $102.6 million contract extension that will keep him under contract in Philly through the 2022 season.