Eagles have some new injuries after Redskins game 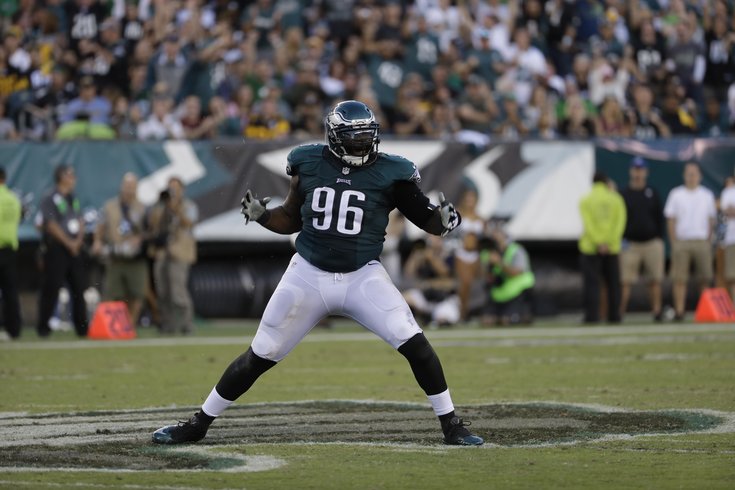 Bennie Logan would be a very underrated loss to the Eagles defense.

In his day-after press conference, Doug Pederson rattled off a list of freshly injured Eagles players who were dinged up against the Redskins on Sunday. A recap, with all quotes from Pederson:

The Eagles had just three corners active for game day on Sunday with Leodis McKelvin out. They are dangerously thin at corner.

"Jason Kelce, plantar fasciitis, he’ll be out – both (Kelce and Brooks) – will be out of our practice on Wednesday. They’re both day to day."

Should Kelce be unable to go next Sunday against the Vikings, Stefen Wisniewski would play center.

"Mychal Kendricks had just a rib contusion, same thing, we’ll hold him out of Wednesday’s practice."

After struggling mightily through the first four games of the season, Kendricks made a few plays Sunday against the Redskins.

"Marcus Smith has a right groin strain. Should be fine, we’ll just hold him on Wednesday."

"Bennie Logan, left groin strain. His is a little more significant, probably a week-to-week injury with Bennie, but we’ll keep monitoring that every day."

It sounds like Logan could miss multiple games. Logan was a rare bright spot against the Redskins, and he has had a very good season so far. This could be a big loss.

Bryan Braman, Jordan Matthews, Leodis McKelvin and Rodney McLeod will all practice on Wednesday, per Pederson.