However, make sure to eat them in moderation 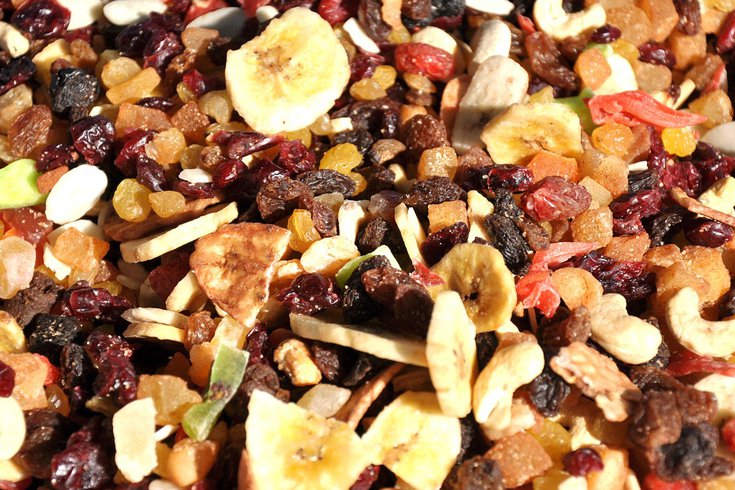 Only about 24% of females and 14% of males in the U.S. eat the recommended daily amount of fruit, according to the National Cancer Institute. Adding dried fruits to your daily intake may help boost overall fruit consumption, a new study finds.

People who regularly include dried fruits in their diet are healthier than those who don't, according to a new study from Penn State University.

Researchers found that on the days study participants ate dried fruits, such as raisins, dates and figs, they consumed more key nutrients than they did on other days.

While this is good news, Valerie Sullivan, a postdoctoral researcher at the Johns Hopkins Bloomberg School of Public Health and a Penn State grad student at the time of the study, said this doesn't mean people should consume dried fruit in large quantities.

Dried fruit has 3.5 times the fiber, vitamins and minerals than fresh fruit. It is also higher in calories. In the study, people consumed more total calories on the days they ate dried fruit.

Another concern is sugar intake. Some dried fruits are higher in sugar than others, which is why nutritionists recommend reading labels carefully before consumption.

"Dried fruit can be a great choice for a nutritious snack, but consumers might want to be sure they’re choosing unsweetened versions without added sugar," Sullivan said.

"Portion sizes can also be tricky, because a serving of dried fruit is smaller than a serving of fresh since the water has been taken out. But the positive is that dried fruit can help people potentially consume more fruit because it's portable, it’s shelf-stable, and can even be cheaper."

The lack of fruit in a diet is a major contributor to certain health conditions like cardiovascular disease and cancer. However, price, availability and a shorter shelf life can be obstacles for many people.

Only about 24% of females and 14% of males in the U.S. eat the recommended daily amount of fruit, according to the National Cancer Institute.

"They are available year round, are relatively consistent in quality, and can be stored for far longer than fresh. Many are also less expensive per serving than their fresh counterparts."

The study findings, published in the Journal of the Academy of Nutrition and Dietetics, are based on data from 25,590 participants in the National Health and Nutrition Examination Survey.

Participants were asked to report on all the foods they had consumed in the previous 24 hours, including dried fruit. Data was also collected on participants’ cardiometabolic health — including body mass index, waist circumference and blood pressure — and their overall diet quality.

Study participants who included dried fruit in their diet were also more likely to have lower body mass index, waist circumference and systolic blood pressure than those who didn't, the researchers said.

"In our study, people who consumed dried fruits had a higher calorie intake but a lower BMI and waist circumference which suggests they were more physically active," said Penny Kris-Etherton, a Penn State professor of nutritional sciences.

Sullivan said that she found it interesting that the participants tended to eat more total fruit on the days they ate dried fruit than on other days, suggesting that eating dried fruit could boost overall fruit consumption to recommended amounts.

Not sure how to incorporate dried fruits into your diet? Here are some tips from nutrition experts:

• Simply add a variety of dried fruits to your cereal or oatmeal in the morning. While raisins and dried cranberries are popular choices, dates and apricots can also give a boost to your morning fuel.

• For lunch, sprinkle some dried fruits on top of your salad or just pack a bag of assorted dried fruits to snack on along with your sandwich. A popular salad choice is a mixed green salad with walnuts and cranberries with a slight drizzle of balsamic or raspberry vinaigrette.

• If dinner is a stir fry, add some golden raisins or dried cranberries in with your meat and veggies. Add plum or teriyaki sauce for extra flavor.

• Dried fruit along with nuts can also be added to side dishes like rice or green beans.

• Dried fruits and nuts also make great on-the-go snacks, so always bring along a small serving to nibble on throughout the day.