Expect fireworks tonight at the Democratic National Convention ... no, really 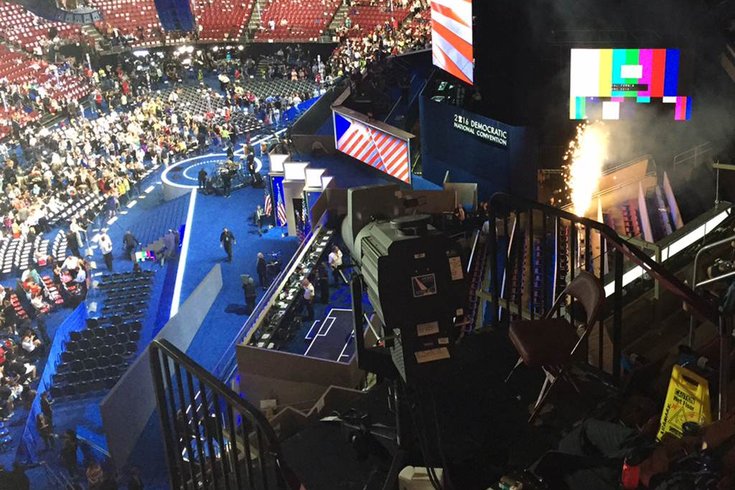 Stage engineers conduct a test of a pyrotechnics display on Thursday afternoon at the Democratic Nation Convention in the Wells Fargo Center in Philadelphia.

There promises to be fireworks on Thursday night at the Democratic National Convention.

With Hillary Clinton poised to accept the presidential nomination of Democrats, the first woman from a major political party ever to do so, you'd expect some sizzle and excitement as history is made again in Philadelphia.

Clinton is sure to try to light a fire under Democrats and undecided voters alike with a rousing acceptance speech, but there will sparks of a different kind tonight in the arena.

Pyrotechnics will be part of the show at the Wells Fargo Center, as stage engineers on Wednesday afternoon tested fireworks displays at the rear of the stage.

The delegates, no doubt, hope their candidate will light a flame that burns bright till the general election in November.