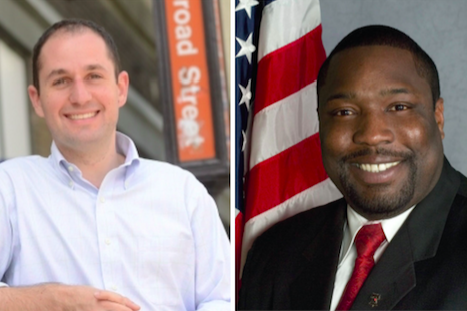 Philadelphia developer Ori Feibush was awarded $34,000 by a federal jury on Wednesday in a civil lawsuit against Councilman Kenyatta Johnson over a thwarted attempt to purchase two vacant lots last year in Point Breeze, according to The Philadelphia Inquirer.

Feibush, who ran for City Council and lost to Johnson last November, contended that his rival refused to introduce legislation authorizing the purchases as an act of revenge for challenging the incumbent councilman. The case ultimately revolved around the tradition of Councilmanic Prerogative, which implicitly grants City Council members the right to dictate land development in their own districts.

In court, Johnson testified that he opposed Feibush's development plans because he had intended to designate the lots on the 1300 block of South Cleveland Street for affordable housing. He added that he had already sold Feibush six properties in the 2nd District in 2013 and did not explicitly support Feibush's acquisition of the S. Cleveland Street properties because of community opposition to gentrification in Point Breeze.

Feibush claimed he would have made $132,000 in profit on each of the properties and suggested that he was only "frozen out" of the 2nd District after he began fundraising to challenge Johnson in December 2013, according to Citified. His lawyer, Wally Zimolong, argued that Feibush was treated differently than other developers based on the city's sale of an adjacent lot that was not developed for affordable housing.

Initially, Feibush had set out for much more in the lawsuit, but U.S. District Judge Wendy Beetlestone kept the case limited because of elected officials' immunity from being sued in connection to the performance of certain legislative duties.