Report: Flyers defenseman Ryan Ellis won't be ready for start of the season

With no hint of a timeline to return either 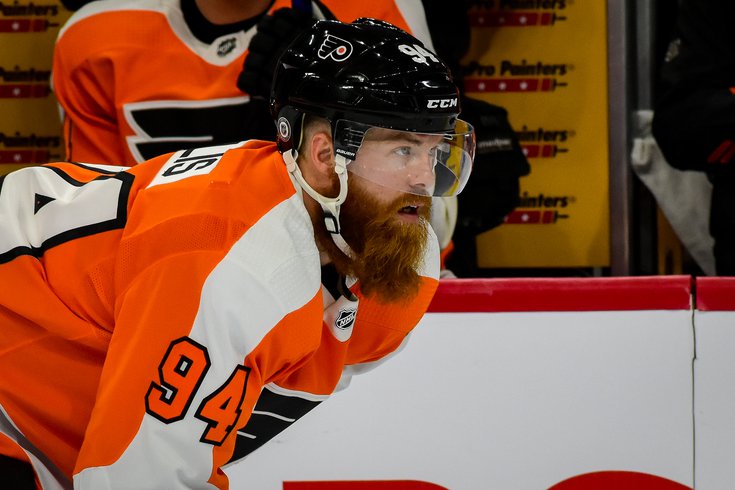 It really isn't clear when Ryan Ellis will play again, but it won't be the start of the 2022-23 season.

Per the DailyFaceoff's Frank Seravalli, Ellis isn't ready and the Flyers aren't expected to report anything on 31-year-old defenseman's health when they open training camp on Thursday. There is no known timeline for a return.

Following Couturier news, #Flyers are not expected to report any progress with D Ryan Ellis when camp opens. He will not be ready to start the season and right now, there is no hint of a timeline for him to return.

Ellis was acquired in a trade with Nashville last summer for center Nolan Patrick and defenseman Phil Myers and was expected to be Ivan Provorov's partner on the top defensive pairing. But that plan lasted only four games.

Ellis missed the rest of the season with a "multi-layered" lower-body injury, a series of issues that have been addressed with little clarity in the months since, even after he discussed them himself back in May.

After initial optimism for his rehab plan, general manager Chuck Fletcher's tone on Ellis' status grew increasingly skeptical throughout the summer, and a trade with Carolina at the draft for puck-moving defenseman Tony DeAngelo proved quickly to be an insurance move.

"If you're asking me right now, I doubt it," Tortorella said of Ellis being able to start the season. "I've had several conversations with Ryan Ellis as far as how he's doing. That's been an up and down process for him. He's doing everything he possibly can to get ready for camp, [but] I'm doubtful that's going to happen."

Another trip to long-term injured reserve could very well be likely.

"This isn't a reoccurring injury," Tortorella said. "He wants to get it right. You've got to remember what Ryan Ellis is; he's a competitor. When he plays, he plays hard. He's more frustrated than anybody about this, that it just hasn't been able to get straightened out."

Ellis' status is hardly surprising at this point, but more bad news on the injury front is the last thing the Flyers need, especially when they're already so far behind the eight ball in that regard a month before the season even begins.

Joel Farabee had sudden neck surgery at the start of the summer, though is skating again, Bobby Brink has a torn labrum in his hip and is out for five months, and No. 1 center Sean Couturier reportedly injured his back again and may miss a significant amount of time.