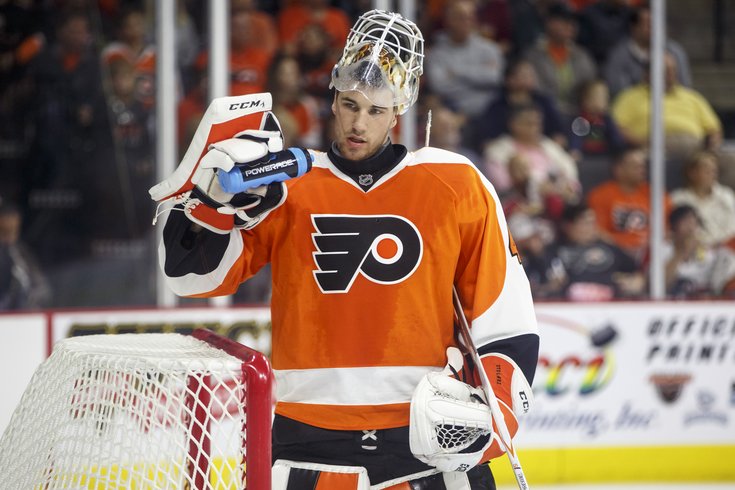 Philadelphia Flyers goalie Anthony Stolarz played well in his limited preseason action, but not well enough to stick with the big club.

A day after their 2-0 win over the Devils at the PPL Center in Allentown, Flyers GM Ron Hextall announced on Thursday that the team has sent 10 players down, including the two goalie prospects who combined for Wednesday night's shutout.

The players headed to Lehigh Valley are:

They will immediately report to the Phantoms, who begin their training camp on Friday morning.

Their next preseason game is on Saturday at the Wells Fargo Center (7 p.m.) when they host the Bruins.