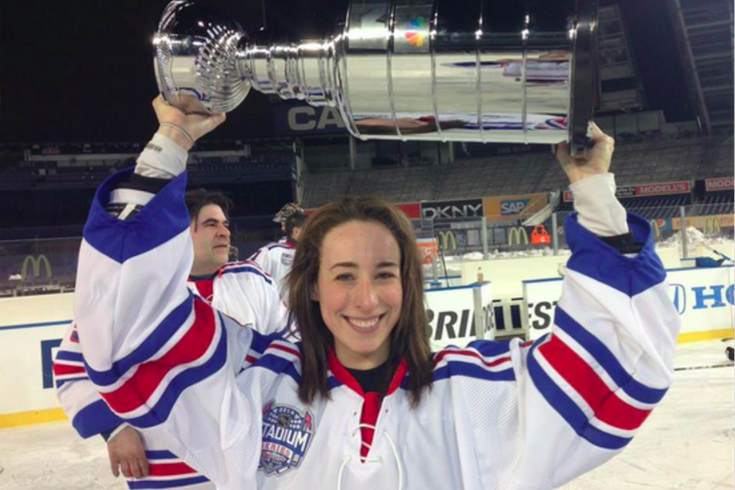 Nearly a month after stepping away from an 8-year stretch as Flyers beat reporter for Comcast SportsNet — and most recently as co-host of the canceled TCN morning show "Breakfast on Broad" — Sarah Baicker announced Thursday she will take on a new role with the rival New Jersey Devils.

Baicker made the announcement in a Facebook post, joking that she expects to be taking slapshots from Flyers fans in one way or another.

After writing about scores of free agent signings over the years, it's fun to write about MY OWN this morning: I'm joining the New Jersey Devils as Director of Hockey Communications and Content.

It was a big and scary decision to leave CSN back in April – somewhere I'd been for eight years, and somewhere I was comfortable and largely happy – but I couldn't be more excited for this new chapter. And to be a part of the team that owns the No. 1 overall draft pick in next month's NHL Draft is, um, AMAZING.

The biggest question is ... how many Flyers fan Twitter followers am I about to lose? Gotta be dozens, right?

A lifelong hockey player herself, Baicker looked back fondly on her time in Philadelphia in an interview with PhillyVoice last month.

"I grew up at Comcast SportsNet," Baicker, 32, said of her time at the network, reflecting on how her diehard Flyers fandom has shaped her since she was kid.

How she'll manage to shut that down to root for the Devils is now for her own conscience to decide.